After the Sea-Change Project 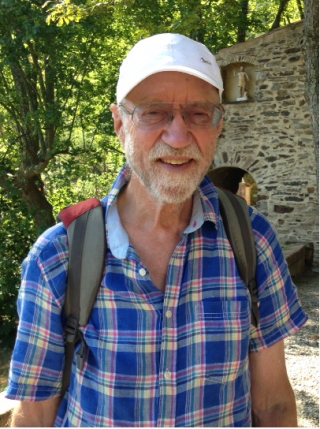 In parallel with the last stage of the Sea-change project in Wivenhoe, I had already begun another project in 2004, an Oral History of the University of Essex, which in its final stage was funded by the University for its 50th anniversary in 2015. This is archived in the university’s library.

40 Life Story Interviews at the University of Essex

The University commissioned a set of podcasts from our interviews which were used on the University’s website. Altogether 40 life story Interviews were recorded for this, with every department represented. There were also group interviews with 3 retired senior secretaries, 11 estates staff and 9 former students. Apart from some of the students all of them of course worked in Wivenhoe, but many also lived in the village. Some went on to become important administrative figures in the national higher education scene, such as Sir Howard Newby. Many were stars in their own disciplines, publishing bestselling paperbacks, including Peter Townsend’s on poverty and ageing – The Family Life of Old People and The Last Refuge, Stan Cohen’s Folk Devils and Moral Panics on mods and rockers and social deviance, Colin Bell on Middle Class Families, and Dennis Marsden on Education and the Working Class and also Mothers Alone on lone mothers.

Interviews with scientists are particularly interesting

The interviews with scientists are particularly interesting because scientists rarely publish autobiographies or reminiscences: for example, Essex was the national leader in teaching computing to undergraduates, with a very early research team on artificial intelligence, led by Tony Brooker, who came from Manchester University where he had been a colleague and friend of Alan Turing. Ted Benton combined teaching social philosophy with a lifetime commitment to Essex natural history and was a crucial early influence on climate change thinking, and he was also more briefly secretary to the Colchester Trades Council. Among those who lived for many years in Wivenhoe village, Ken Plummer was the founding editor of Sexualities, while Leonore Davidoff led a local book group and also played a crucial national role in developing ideas of gender in social history. And close by lived Auriol Stevens, who had retired from editing the Times Higher Education Supplement, and interviewed for our project Dickie Chopping, first of Wivenhoe’s artists; while her partner John Ashcroft, who came as founding professor of biology at the university in 1973, soon after became the first Scientific Adviser to the Cabinet Office, helping to convince Margaret Thatcher that climate change was a serious major issue for the future.

These interviews were archived Colchester Recalled and the Essex Sound Archive (part of the Essex Record Office) and the transcripts and summaries are also held in a USB in the Essex University library.

Meanwhile with a more local focus the Wivenhoe Oral History Group went on to a new second project in 2008-9. This was the Colne Maritime Oral History Project, which was again supported by the Heritage Lottery Fund and archived with Colchester Recalled and the Essex Sound Archive. Brenda Corti was again the administrator, leading local volunteer teams. Very sadly, Brenda became ill and she died in 2010. The project was carried out jointly with Brightlingsea Museum and Rowhedge Heritage Trust. Interviews focussed on shipyards, fishing, sailing and other maritime activities, with 26 new interviews recorded in Brightlingsea, 21 in Rowhedge, 14 in Hythe, and in Wivenhoe, including some interviews on the same themes recorded for Sea-change, a total of 37. Once again most of the interviewing was carried out by enthusiastic groups of local volunteers with regular meetings to discuss the interviews being recorded.

The outcomes of this project included not only these new interview collections, but also three publications: a DVD again produced by Steve Humphries of Testimony Films with Andy Attenburrow, entitled ‘Colne Memories of Life by the Water at Brightlingsea and Rowhedge’; a book edited by Eve Hostettler, Upstreet, Downstreet, Rowhedge Recorded, which sold like hot cakes in Rowhedge, within a few weeks 600 copies were sold among 2,000 inhabitants – roughly a copy in every third home; and we made a significant contribution to James Dodds and John Collins’ magnificent and beautiful book, River Colne Shipbuilders: a Portrait of Shipbuilding 1786-1988, Jardine Press, 2009.

Since 1997 – Project: Pioneers of Social Research – life stories of 58 researchers

Since 1997 I have myself led and carried out the majority of the life story interviews for a project called Pioneers of Social Research, for which 58 researchers – most of them anthropologists and sociologists – have been recorded. These interviews are archived in both the British Library and the UK Data Archive which is at Essex University. The project was started in 1997 as part of Qualidata, which was set up by the Economic and Social Research Council as a national project to rescue sets of interviews by earlier major projects which had not been archived as a future research resource for future researchers. Later support came from the Fuller Bequest and the British Academy. Finally in 2016-18 I was awarded a Leverhulme Emeritus Fellowship to round off this project, and a book about it, Pioneering Social Research, written by myself, Ken Plummer and Neli Demirova, is due for publication by Policy Press of Bristol University Press in February 2021.

27 Interviews for the Wivenhoe Artists Oral History Project, so far

Lastly, the ongoing Wivenhoe Artists Oral History Project. In 2014 we were awarded a small grant by the Hervey Benham Trust to cover the transcribing and some other expenses of an oral history project on the community of artists in Wivenhoe. This project was again based on our Oral History Group volunteers, with Annie Bielecka, herself an artist well-known for her textile collages, as Chair of the Group and with art collector Marcia Taylor as administrator. We have recorded 27 interviews with Wivenhoe painters including Jamie Dodds and Paul Rumsey, sculptors (among them John Doubleday, whose seated bronze statue of Brunel you may have noticed in Paddington station), print-makers, and also some local craftspeople such as the potter Pru Green. We planned an exhibition of Wivenhoe artists at the Minories Gallery in Colchester. We produced a first draft of a joint book for the Jardine Press with James Dodds, who discovered many pictures of work by the Arts Club generation for publication for the pre-2000 part of the story. Progress then stalled, for a variety of reasons. The pandemic has forced the long-term closure of the Minories; the book draft had become unviably over-length and needs drastic reworking; and above all through the tragic death of Marcia Taylor just before the lockdown.

Our current hope is to archive the audio interviews in the UK Data Archive at Essex along with some new film and photographs, creating audio extracts on YouTube, with links to the Wivenhoe History website  We will also explore possibilities for publication of a shorter book.

To see details of the Wivenhoe Oral History Project that Paul led in 2006, click here