About the Wivenhoe Roll of Honour for WW1

About its creation and publication in 2016 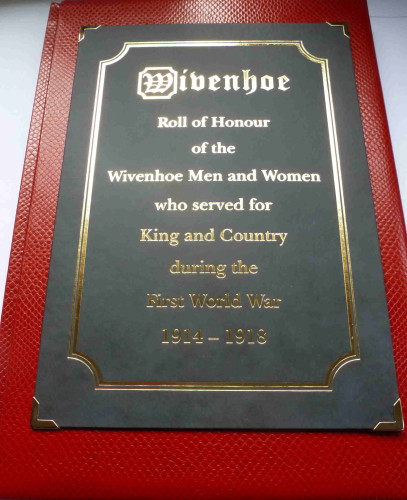 This is the story which led to the publication of Wivenhoe’s Roll of Honour in which the names of everyone from Wivenhoe who served in World War 1, or at least had been discovered by mid-2016.

We don’t know how many names are missing as there is no single list that is available to go and look up all of the names of these people.  People signed up to serve in the Army at different times, and many others of course enrolled in the Royal Navy, the Royal Naval Reserve, or in the Mercantile Marine. A few women also volunteered to serve in the VAD (Voluntary Aid Detachment run by the Red Cross in France). 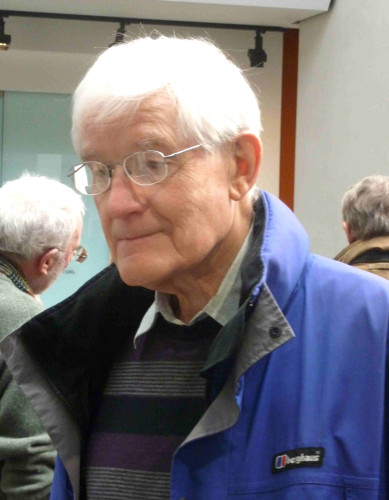 Ian Valentine, Secretary of the Wivenhoe History Group in 2015 at the Imperial War Museum

This book is the result of a huge amount of research which has been conducted by Ian Valentine since he first read that in 1917 Wivenhoe Urban District Council had proposed a Roll of Honour be created to mark the names of all those people who had volunteered to serve in WW l. See more information about this original research conducted by Barry Smith in 2015 – click here

This Roll of Honour was apparently produced, framed and fixed to the outside wall of the then U.D.C. offices, at Little Wick in the High Street on the corner with Alma Street. It has since completely disappeared. This intrigued him.

Following another discovery that Colonel T. Gibbons, who unveiled the granite Cross in the Churchyard in  June 1921, had said that over 400 men had answered the call to the Colours and served King and Country, he set about hunting down the names of everyone that he could find who had served in the various branches of the services including the Merchant Navy and the Royal Naval Reserve.  About the Unveiling of the War Memorial in 1921 – Click here

Grant from the Heritage Lottery Fund

When applying for a grant from the Heritage Lottery Fund towards the History Group’s work in recording and promoting knowledge about Wivenhoe’s involvement in World War 1 to schools and via our community web site, Gill Strudwick included some money to produce this specially bound book of the Roll of Honour. We are grateful to Vince Rayner who has donated his time for the typesetting of  the book, whilst Gill has been project managing and working with Vince to get the book printed.

The book contains the names of 313 men and women who served and includes the names of the 46 men who died and whose names are inscribed on the War Memorial. Indeed Ian’s research has uncovered the fact that 70 people lost their lives because of the War. We don’t know though the reason why so many names were omitted. Because of Ian’s researches, they are all recognised now in this Roll of Honour.

There is a full list of names of all those people who served including the names of those who died here in the History Group’s archive – see here.  We have created links from this list to individual pages giving information about each individual where we have that information.  This was initially done for each of the names inscribed on the War Memorial and we are adding more information all of the time.

If anyone knows more information about these people, or have pictures of them, please do get in touch.

Dedication and Blessing of the Roll of Honour

The Roll of Honour was presented at the Annual Service of Remembrance in St Mary’s Church Wivenhoe on Sunday 13th November 2016, where it was Blessed and Dedicated by the Rev Erwin Lammens, Rector of St Mary’s, in front of a large crowd attending the Service.

Following the presentation, blessing and dedication of the Roll of Honour, it went to the British Legion Hall on The Quay where it will be housed in a special cabinet being made by Karl Douzier.

The Roll of Honour 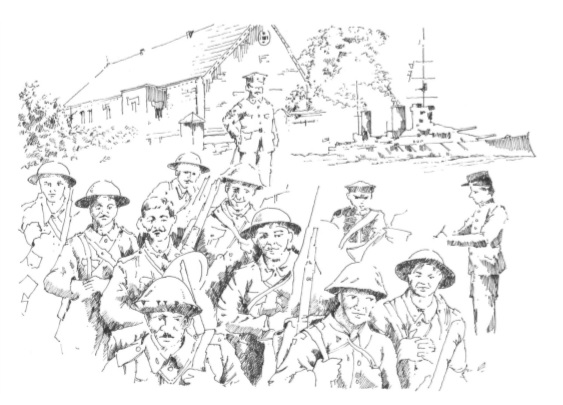 One of the sketches done by Frank Baker BA (Hons) which were first published in his booklet ‘The Fallen of Wivenhoe’ and later included in the Roll of Honour.

Apart from the volume containing a list of names, and the regiment in which they served, or the arm of the Services, it also contains some sketches made by Frank Baker, a local artist.

Copies of the Roll of Honour

In addition to the main volume itself, Gill Strudwick has had a number of copies of it printed so that they can be placed in various locations as the Churches in Wivenhoe, the Library, the Town Council offices and the Chapel Museum.

The help and support of the following people is acknowledged:

and especially to the Heritage Lottery Fund for funding the cost of printing the Roll of Honour.

With thanks also to:

– John Stewart, Peter Hill, John Foster and other members of the Wivenhoe History group
– all those family members who contributed information
– and Ian Hook, Curator at the Essex Regiment Museum.

To see more pictures about the Roll of Honour, click here