You are here: Home>Topics>Maritime>Steamers>The Wreck of the Cecil Rhodes in Lake Tanganyika

The Wreck of the Cecil Rhodes in Lake Tanganyika

This vessel, built by Forrestts of Wivenhoe in 1899 for service on this lake, was sunk by enemy action in 1914 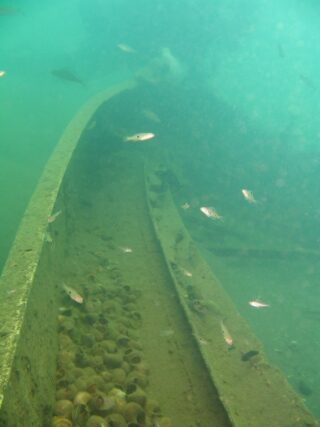 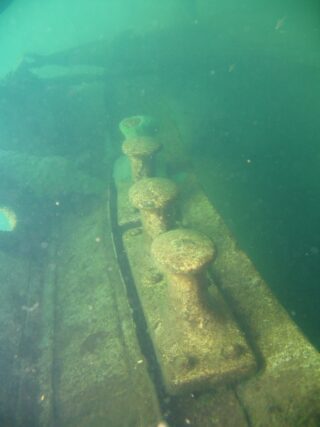 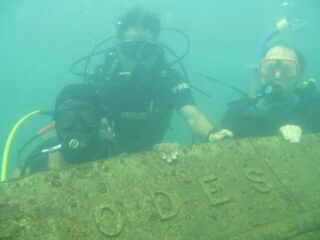 The Cecil Rhodes was a steel twin screw steamer built for Tanganyika Concessions Ltd to help build the Cape to Cairo telegraph line. She was started in 1898 by Forrestt & Son Ltd of Wivenhoe and launched on 8th November, 1899.  She was 78’3″ overall length. All 84.3 tons of her was shipped out in small pieces of less than 70lbs, and then delivered 300 miles overland to the lakeside, all of this being man-packed for part of the way; except for three heavier pieces of machinery which went on bullock carts.

On the 18th November 1914 she was captured by auxiliary warships of the Imperial German Navy at Kasakalawe, Lake Tanganyika, and on the following day was sunk in the lake to prevent her conversion, repair and use as a warship.

On Sunday 25 August, 1996, Phillip Nielsen, Andreas Shones and Petra Paffen found the wreck of the Cecil Rhodes, whilst scuba diving in front of Kasakalawe on the south coast of the lake in Zambia.  In 2006, Pierre-Denis Plisnier, was exploring the wreck and took these photographs at that time.

Read more of their story in this article which was published in a newsletter of December 1996. Click below for a pdf copy of the article.

A full scale model (scale 1:32) of the Cecil Rhodes was built and presented at the time of the launch of the vessel in 1899. For a picture of the model and more details about it, see: http://collections.rmg.co.uk/collections/objects/384776.html#KvlXIkegcAVfCoR8.99.

The original post on this website by John Collins about the building of the Cecil Rhodes, including a picture of the steamer, is here:  Cecil Rhodes &#8211; a steamer for Lake Tanganyika