In 1958, a Committee of Leaders and parents was formed with the aim of raising sufficient money to build a headquarters for the Scouts and Guides of Wivenhoe. Mr William Cracknell was elected Chairman of that Committee.

The plot of land was acquired in 1959

A plot of land lying behind the Council offices was sold to the Committee in 1959 for £30 by Mr Arthur Worthington.

By 1964, the Headquarters Committee had raised over £1,900 through fetes, jumble sales and other fund-raising events. Work on the building was started early in that year. Some materials were donated, like the metal girders for the original flat roof which came from James W. Cook’s, the shipbuilders in Wivenhoe.

The Hall was opened on the 10th April 1965. Surplus money was retained in a central fund to be used for maintenance. At this stage, each Group meeting in the Hall had its own Committee of Leaders and parents, each raising its own funds for equipment.

In 1968, it was suggested that all Groups and Committees should join to together with the Headquarters Committee to form one Association for management and fund-raising. A Steering Committee was formed to work out a constitution and the present Wivenhoe Scout & Guide Association was born on 16th January 1969.

By 1979, it was clear that the Hall was not big enough to meet the needs of all the Units and a planning application was submitted for an extension to the building, comprising a single room, and fund-raising begun in earnest.

The extension to the original Hall in progress in 1989

Footings for this major project were dug in September 1987 and five years later, after hundreds of hours of volunteer help and £30,000 spent on materials, the new Hall was opened on 12th September 1992.

The founder Chairman in 1958 was Mr William Cracknell whose name is remembered by calling one of the original two Cub packs after him.

Mrs Ruth Munson, a founder of Guiding in Wivenhoe

Another leading light amongst those people in the 1950s and until her death in 1995, was Mrs Ruth Munson who started Guiding in Wivenhoe. Her name is remembered by the Association when it called the new Hall in the extended building after her.

Twenty years later, in 2013, £55,000 was raised to refurbish the Hall bringing it to a very high standard. The official opening of this refurbishment took place on Saturday 16th November 2013. 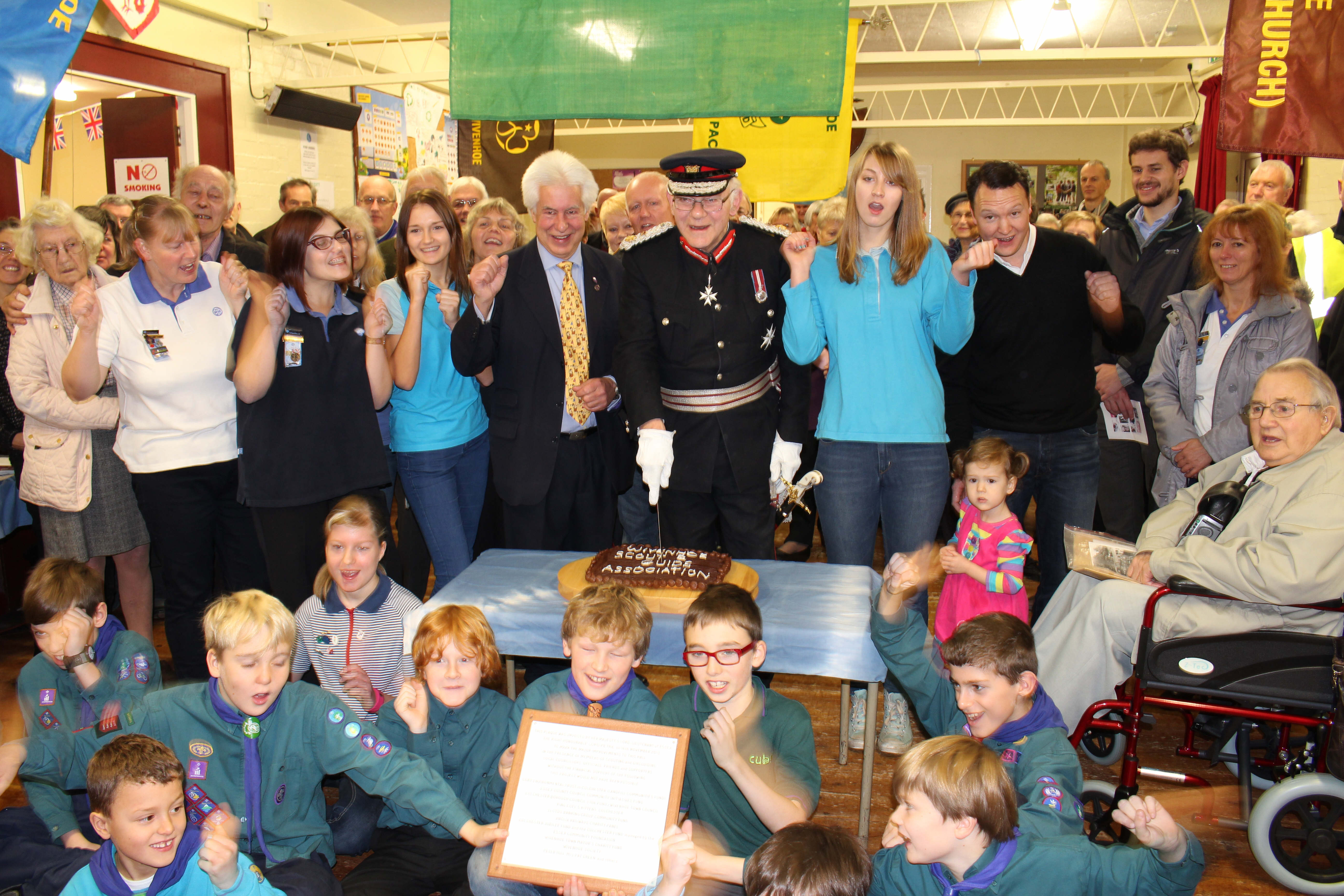 The cake being cut by Lord Petre, Lord Lieutenant of Essex with Peter Hill, Chairman of the Association, at the ceremony held on Sat 16th November 2013 to mark the completion of the Hall Refurbishment Project