You are here: Home>Topics>Places & Buildings>The Wivenhoe to University Cycle Path

The Wivenhoe to University Cycle Path

Eventually constructed during the winter of 2015/16 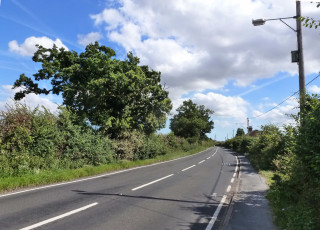 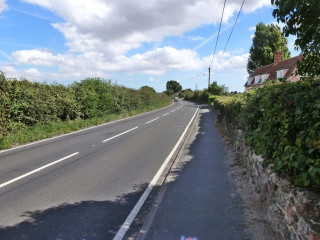 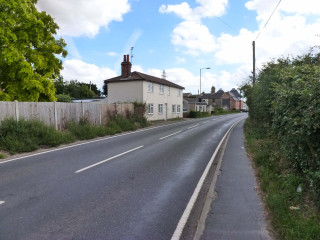 On Colchester Road, at the entrance to the built-up area of Wivenhoe
Photo by Peter Hill 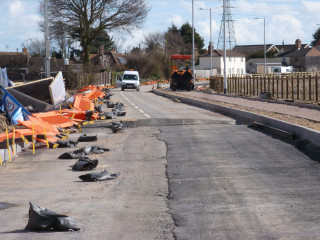 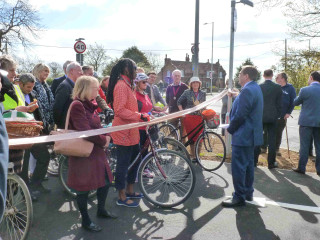 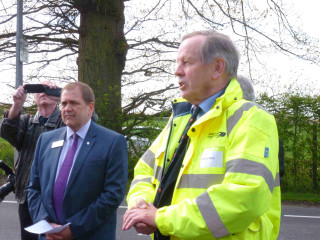 ECC Cllr Rodney Bass, Cabinet member for Highways and Transportation who took a lot of flack over the construction works with Bryn Morris, Registrar of the University of Essex.
Photo by Peter Hill

This cycle track was first proposed by Wivenhoe Town Council in 1998 when discussions were initially held with the Highways Department which was then part of Colchester Borough Council acting as agent for Essex County Council (ECC).  Although Colchester Road was generally recognised as a potentially dangerous road,  and with the number of students at the University to continue to expand, and despite the support for a cycle track alongside it by many people in many organisations, it took a long time for the funding to be found to make it a reality. Whilst most of this money came from ECC, the University were able to put a substantial amount towards it too.

in 2013 it looked more likely. And in 2015 looked even more likely.  Work finally started in September 2015 after many delays and issues were overcome. This meant that the practical work of grubbing out the hedgerow which lined either side of Colchester Road, the removal of two oak trees and the digging of drainage ditches before the task of straightening the road and the incorporation of a 3-metre wide cycle path could begin.

Finally in March 2016 the work was complete, barring the planting of a new hedge and trees on either side of the road which will follow in November 2016.  On 21st April 2016, the Cycle Path was formally opened by ECC Chairman Cllr Norman Hume; with Cllr Rodney Bass, Cabinet Member for Highways and Transportation, and Bryn Morris, Registrar of the University of Essex.

It is perhaps hard to remember Colchester Road as it used to be; the narrow pavement which, when walking along it, meant one wondered just how close those wing mirrors were to one’s head when a large lorry or bus rushed past, or, as a driver of a car, taking our lives into our hands whenever we had to overtake a cyclist on that narrow road with its slight bends.

The photographs on this page will serve as a reminder of what it used to look like.

And Frances Belsham, local photographer and member of the Wivenhoe History Group, has produced a photographic record in video form.  In introducing this video she said:  Controversy, grumbles, mud, rain, humour, a little kindness. It all went into the making of the new cycle path. It’s now completed and at least in my view much improves the journey from Wivenhoe to the University. This photographic video is a taster of the actual work that went into making the new cycle path. It is just a little show of appreciation to the men who completed it with, what I frequently saw, hard, dirty and sometimes boring work, but in the main done with courtesy and good humour.