About the Cage which stood on Anchor Hill 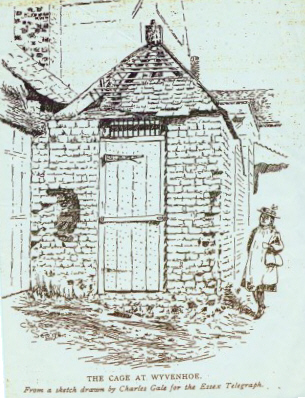 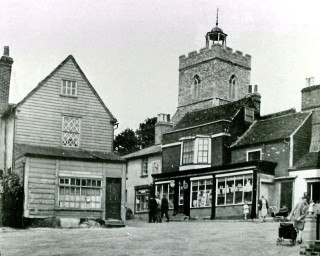 This was the village lock up which stood on Anchor Hill , It was used for the  drunks and law breakers.  It had a companion Stocks and Whipping Post and was used up until the 1850s.

It was located alongside the little lean-to shop at the head of Anchor Hill, as shown in the picture opposite.