You are here: Home>Topics>Activities of the WHG>Public Talks>Dr Paul Rusiecki - The Impact of Catastrophe on Wivenhoe and the People of Essex 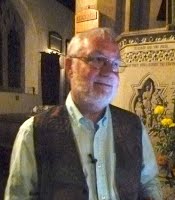 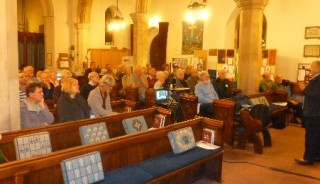 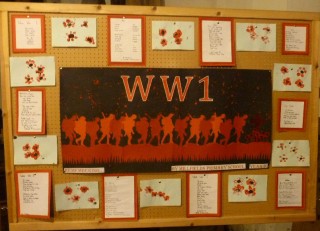 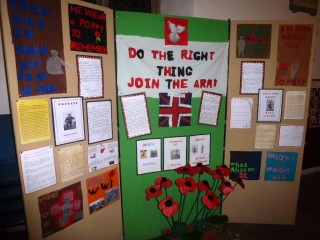 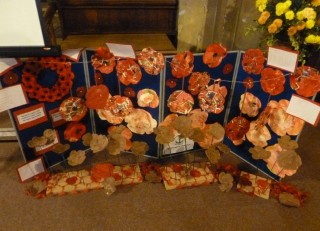 Poppies and poppy wreaths made by Broomgrove Infants School made as part their WW1 project
Photo; Peter Hill

To a well-attended audience in St Mary’s Church Wivenhoe on Friday 17th October 2014, Dr Paul Rusiecki gave a fascinating insight into life in Essex during WW1 with a talk illustrated with many slides.

His talk was entitled WW1 – The Impact of Catastrophe on Wivenhoe and the People of Essex.   Whilst it was certainly a catastrophe for the 900,000 families who lost at least one loved member of their family, life went on although differently since everyone got caught up in the war effort.

For people living in the south of the County, on clear days with the wind in the right direction, the sounds of guns could be heard firing on the Western Front.

Paul’s talk was very engaging and illustrated with slides, and enjoyed by a good audience.

Wivenhoe’s three schools, Millfields Primary and Broomgrove Infants and Junior schools all responded to Gill Strudwick’s request to put on some displays for the talk. These static displays showed some of the work that each of the schools had been doing as part of each schools WW1 project that Gill Strudwick from the Wivenhoe history Group had been involved with and for which Gill had obtained some money from the Hertgae Lottery Fund.