The Gardener’s Cottage after the Auction (in 1927)

Bought in 1956 by the Congregational Church 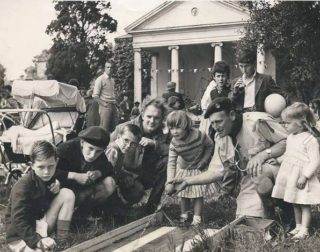 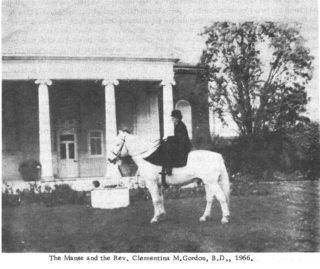 On 26th November 1956 “The Gardener’s Cottage”, some people called it “The Old Hall Cottage”, was purchased together with surrounding land and small buildings by the Congregational Church for £2,100. Funds for the purchase of the cottage were found and the idea to build a new church were being formulated.  In 1957 a celebration of fundraising activities was celebrated in the portico of the cottage.

At this time the cottage could not be used as it had a leaky roof and plaster was falling off the ceilings. The garden was a jungle.  In 1960 the cottage after being modernized became the Non-Conformist Manse. Rev. Clementina M. Gordon was the minister during this time.

In 1962 the church was built on the grounds and “The Manse” was sold to Hills (the builders from Colchester). The building was then converted into offices and Hills built the flats behind in 1975.  In 2004 it was converted into a private residence.