About the Mary Ann Sanford almshouses in Rebow Road

Wivenhoe's first almshouses were built in Rebow Road by Mary Ann Sanford in 1873. Who was she and who were the first residents? 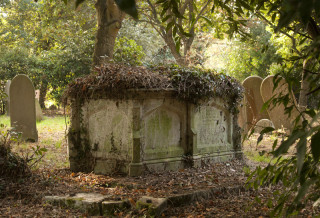 About the author of this research, Frances Belsham

I have been living in one of the almshouses in Rebow Road since October 2012.  I am one of six residents of these Wivenhoe Almshouses. Since I moved here four years ago I have had a growing interest in the people who lived here, before me and how they came to be here. What kind of life did they have before they came here? Were these women single or married? Did they have families and what happened to them?

The Almshouses were built in 1873 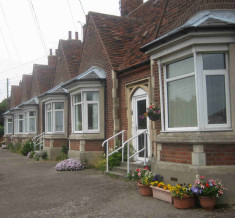 The almshouses were built in 1873 and the first residents would have moved here soon after that. To meet the criteria to live in one of the almshouses for life, and to receive 6 shillings a week, the resident had to be:

‘female, at least 60 years of age and of industrious habits and good character, destitute of property or other means sufficient for her support. Under the age of 70 and incapacitated by labour or infirmity from earning her own living’

As I have delved deeper into the lives of these women, they have become much more than just names on a census return. Each woman when she came to the almshouse that was to be her home, probably until she died, had lived most of her years in Wivenhoe or the surrounding area,  growing from a young child to a young woman, wife, mother, and grandmother.  She had already experienced so much of her life that I find myself hoping that the last years of her life were made easier, and without the difficulties that she might have experienced as a lone, older woman; she might well have experienced physical, financial or emotional hardship or even ended her days in the workhouse, had she not come to live in the almshouse.

For these women, and many more like them, there was no security of a pension once they reached an age when they could no longer work. The old age pension did not come about until 1908, and even then it was not given to everyone. Applicants were means tested but also had to undergo a ‘moral’ test. It was not to be given to people who were habitually drunk, were on poor relief or had habitually failed to support themselves.  The amount given then was 5 shillings.

So in 1881 the women in the almshouses were in fact financially better off, getting 6 shillings a week, than single women more than 25 years later. However one wonders if there was still stigma attached to being the recipient of this income.

Thanks to Mary Ann Sanford’s foresight

For these women, and for many women who would come after them to live in one of the houses, they could thank Mary Ann Sanford who had the means and foresight to recognize the possible plight of older, widowed or single women of her time.

Exactly why she chose to help these particular women is not documented in any way apart from the inscription on her tomb which states ‘She having a strong desire to do some good to the aged widows in this parish.’

She obviously came from a family who believed in putting something back into the community in which they lived and prospered. This is shown by the fact that her brothers Thomas and John were responsible for the building of a school and a chapel in Wivenhoe.

The women living in the almshouses in 1881 were:

One of the almshouses was empty at the time of the 1881 census.

I felt almost ridiculous pleasure when I realised this fact, as it is the same house in which I now live. It is such a strange feeling to imagine a woman that I now know a little more about than just her name, walking through the rooms that I now walk through.

It feels right that I should talk about Anna Turner first and what I have discovered about her life before she came to live here.  Click on the links below to see related pages.