A short history of the Colne Social Club 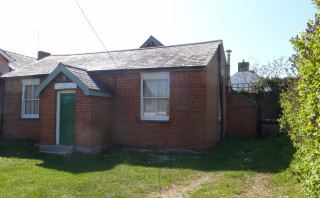 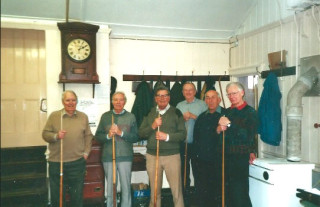 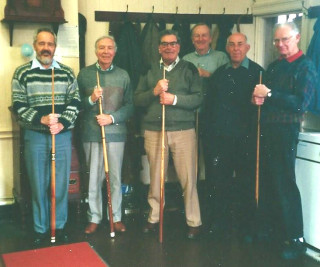 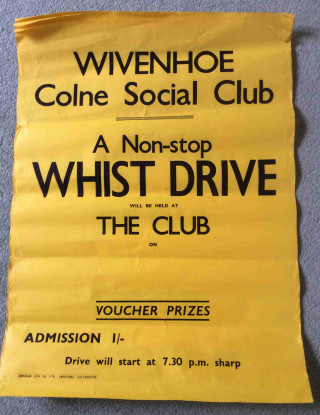 At the lower end of Park Road stands a single-storey, red-bricked building with the sign “Colne Social Club” over the door.  The building has stood there since the early 1920’s when it was erected by the shipbuilding company Rennie, Newport and Forrest, formerly occupying the old Wivenhoe Shipyard area, for the benefit of their employees to hold social functions – mainly billiards, whist drives and cards.

Extracts from the minutes of the Club show that on the 14th January 1935, at the Annual General Meeting, the Club was renamed the “Colne Social Club”.  At a Special Committee Meeting held on 6th July 1925 it was proposed that the sum of £250 be offered to Mr. C.H.C. Muller, the owner of the property, for its purchase.  Minutes of the half-yearly Annual General Meeting, held on 15th July 1925 show that Mr. Muller’s sale price was £350.  The members agreed an offer of £300 – the eventual purchasing price – the sum to be raised by loans from members of £1 share plus a loan from the Equitable Building Society.

The running costs of the Club in those days were met through subscriptions, bar profits, whist drives and the hiring out of the piano and the whist tables and chairs!

Interesting extracts from the 1925/26 Committee minutes are:-

1.         The decision to have the gas pipes over the billiard table cleaned internally in order to improve the lighting.

2.         The Committee had been made aware of the extensive use of profane language in the Club.  The Secretary was instructed to place a notice in the Card Room pointing out the rule governing such behaviour.

4.         23rd March 1926 “it was decided to canvas the members of obtain the feeling as regards the formation of a Bowling Club, a green being available nearby.”

In its early years, the Club became a centre for the professional and businessmen of the village as well as the laymen.  In January 1927 membership stood at 78, including 10 Country members.  It continued to flourish over the years – financially through subscriptions, the bar and whist drives, and socially through inter-member contact and billiard and snooker matches with neighbouring clubs.

Snooker re-placed billiards in popularity, and leagues were formed in Colchester and district in which the Club entered teams with some success.  Gradually, with the advent of T.V. and other interests, ease of travel etc. membership and interest waned and the Club continued only through a small core of enthusiastic members and the work of its late steward Mr. John Child Snr.

A similar picture exists today of a smallish, but a gradually increasing membership.  The Club is in use for mainly two afternoons and two evenings each week.  Financially costs are met through subscriptions and a snooker table fee.

The financial ups and downs of the Club have been in existence for years – the hope is that, in spite of such fortunes or mis-fortunes, it will continue to exist for those who support it.