You are here: Home>Topics>Maritime>Cox & King, Wivenhoe 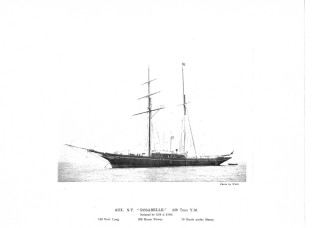 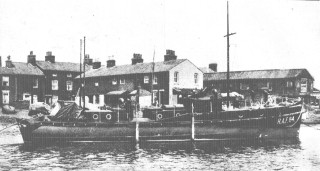 Cox & King were a London firm of renowned marine architects specialising in the design of large luxury steam yachts. They had an impressive portfolio of successful designs, which included several familiar to Wivenhovians, as examples, the Rannoch, the Mekong and one of the Rosabelles. Probably under the influence of F. Gordon Pratt, one of the directors, they began to develop designs for fast motor boats as the internal combustion engine improved in its output of power to weight. They developed a presence in Wivenhoe, with a shed on the old ballast quay, which they used as a store for the equipment they needed to service the yachts moored on the Wall.

The firm had ambitions to their build fast motor boats to Gordon Pratt’s designs themselves, rather than leave it to established boatbuilders who might then steal their ideas. They already owned the land together with laying up berths on the mud downstream. Boatbuilding began in Wivenhoe during World War I, constructing new purpose built boat-building sheds on the old ballast quay (and possibly on reclaimed saltmarsh) just downstream of Husk’s shipyard, and started in 1916. Because of the war, the first vessels actually built by the firm were Admiralty contracts. Their mould loft was further upstream on The Quay in the buildings that later became Guy Harding’s Colne Marine & Yacht Co. Ltd.  All the vessels were built of wood.

Their first contracts were probably some pontoons, but they were soon engaged in building dredging launches for the Royal Engineers and six flying-boat servicing pinnaces for the Royal Naval Air Service. One of the former, D.L.4 was sold post-war as a yacht and named Delphore. The R.N.A.S. pinnaces were all completed, too late for the war, for the newly created Royal Air Force and were numbered P81 to P86.

With the war over they started in earnest to get a foothold in the yacht market, and built motor cruisers, such as the Renow and Astra, motor-sailers like the Kittihawke, and sailing sloops, Peggy, and ketches Joanna and the 44 ton California II.

The slow economy began to have its effect and the yard closed in 1925, but it remained in the ownership of the firm which continued as yacht designers until it went bankrupt in 1934. The yard site was being offered for sale in 1933.   At the time Cox & King ceased trading it was owned by Mr Francis Gordon Pratt.

F. Gordon Pratt was a motor speed boat racing enthusiast who had raced in the Tyreless series of boats, some of his patent ideas were later used in the Royal Navy’s MTBs.