You are here: Home>Topics>Maritime>'Friday' Green and Elise - CK299 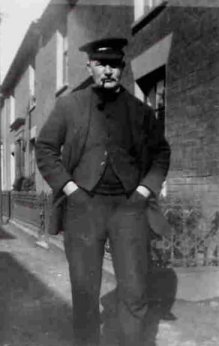 James 'Friday' Green
From a photograph owned by Alan Green 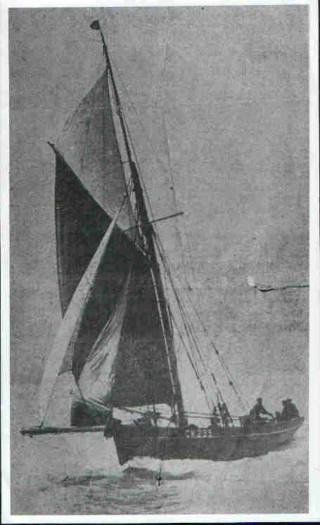 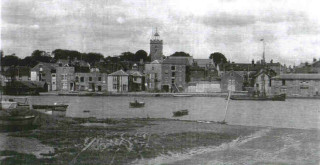 'Friday' Green's smack on his death, rigged and ready to sail, pointing down river

Built at Rowhedge in 1885, and owned by James ‘Friday’ Green, the smack Elise was based in Wivenhoe and used for fishing and shrimping, although she occasionally fished out of Grimsby too.

Smack races were renowned and Elise won many trophies at the expert hands of ‘Friday’.  This photograph of Elise is reproduced from the Daily Mirror showing Friday Green at the helm in 1922.

James Green was born in Harwich in 1862, he retired from fishing in 1925, and died in Wivenhoe December 1928.   His name ‘Friday’ came from being super-superstitious and he would never do anything on a Friday.  And if the 13th of a month fell on a Friday, he wouldn’t even get out of bed!

Friday started life at sea as a boy on the smack Wonder, and eventually owned the Elise.  After the America’s Cup, the skipper of the America’s Cup contender, Genesta, moved Friday, and the rest of the crew to the Britannia and Friday crewed on its first voyage in 1893.  In 1895, sailing in the America’s Cup, when ashore in New York, Friday sparred with the bare-knuckle boxer John L. Sullivan.

The picture below shows Elise on the Wivenhoe water front in 1928 at the time of Friday Green’s death. In keeping with the custom of the day, at the death of the skipper, the boat is rigged ready to go out and moored pointing down the river. At that time, the Quay would normally have had up to 40 fishing smacks moored bow onto the Quay.

Elise ceased fishing in 1938 and was eventually laid up in berth outside the Old Granary, where during the Second World War, she rotted and another Green, Ernie Green, broke her up.

Fred Downing made a model replica of Elise in about 1979 which is in the possession of his daughter. Another model of his, a Thames Sailing Barge, can be seen in the Nottage Institute. See also this page.

Wivenhoe One Design No.17 was built at Brightlingsea for Friday’s son Alec Green, who named her Elise after this smack. From 1937 up until 1970, Elise was sailed by Alec’s three sons Ken, Peter and Doug.

This information was first published in the Wivenhoe Encyclopedia