The last ship to be launched: The Kilmourne 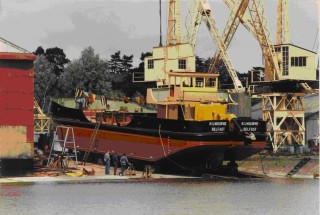 The 133grt self-propelled hopper dredger Kilmourne ready for launching, note the bunting. She was launched without a ceremony on 24th July 1986 and completed a short time later by the liquidators for the Northern Ireland Harbour Authority, Belfast. This was the last ship to be launched at Cook's.
Nottage Maritime Institute, The Quay, Wivenhoe 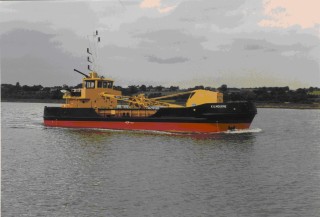 The Kilmourne set off on her delivery voyage
Nottage Maritime Institute 04381.63 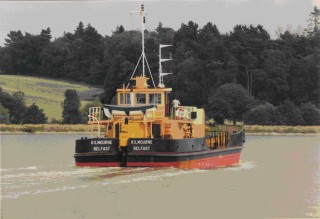 Bon voyage! Kilmourne, the last steel vessel to be built at Wivenhoe sails down the Colne
Nottage Maritime Institute 04381.64

In May 1986 the yard went into receivership.

N.B. 1512 was not the highest yard number, but the next, and last, three vessels were two simple barges an a very small tug which were completed before the Kilmourne.  Cook’s yard numbers actually started at 1001.

The shipyard  closed for ever on 19th September 1986; thus ending the long history of shipbuilding in Wivenhoe.  The site was cleared and used for some years as a port, but  In 1999 work began to clear the site for residential use.