You are here: Home>Topics>Clubs & Organisations>Royal British Legion - Wivenhoe Branch>The Refurbishment of the War Memorial in 2005

The Refurbishment of the War Memorial in 2005 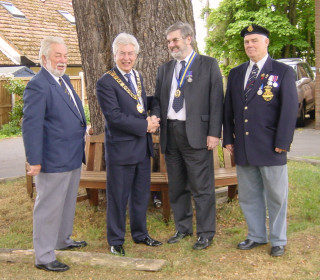 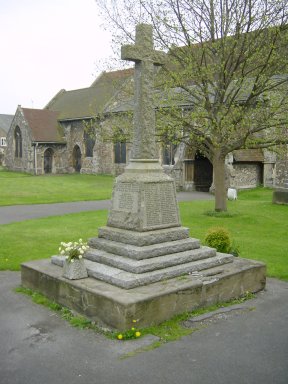 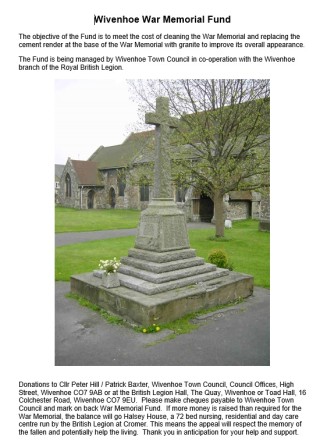 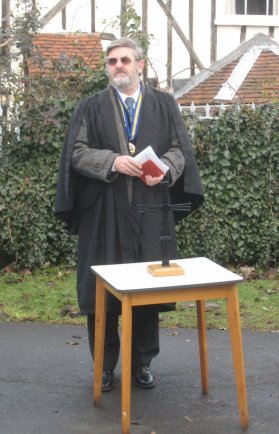 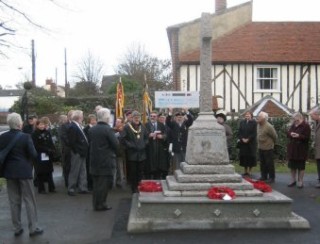 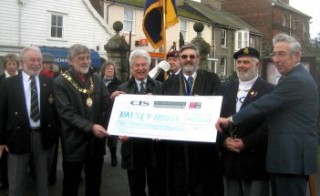 Early in 2005 I was approached by Maurice Clary and Richard Gladwin of the Wivenhoe Branch of the Royal British Legion to ask for the help of Wivenhoe Town Council in raising money to refurbish the town’s War Memorial since its condition was deteriorating. I was Town Mayor at the time.


In April I wrote to the War Memorials Trust for a grant but we were refused since it was a refurbishment rather than a new memorial.  So, at Wivenhoe’s VE Commemoration Service in May 2005, at the Congregational Church, Pastor Patrick Baxter, Chairman of the Wivenhoe branch of the Royal British Legion, and I launched a fund to raise £3,250 to pay for the much-needed cleaning, and repairs to the base of Wivenhoe’s War Memorial in St Mary’s Churchyard. Wivenhoe Town Council was appointed to administer the Fund.


We agreed that should we raise more than the required amount, the balance will go to Halsey House, the British Legion care home at Cromer so that the Fund will be used to respect the fallen as well as help the living.

£240 from the collection taken at the VE service was used to kick-start the Appeal.  The Appeal was boosted a few days later by a £500 grant from the Mayor’s Charity Fund, a donation of £120 was received from the Wivenhoe Services Club and £40 from the Monday Club.

A month later, three Wivenhoe residents, Dave Whymark, Brian O’Neill and Nick Murphy-Whymark organised a Grand Dinner at the Officers Mess of the 7th Parachute Regiment, Royal Horse Artillery. Officers of the Regiment created a splendid occasion (click here for report about the Dinner), resulting in a profit of £2,750.  This meant work on the War Memorial could proceed.


Working with local stonemason, Aaron Clarke, a polished granite was chosen to set off the base of the Memorial to complement the rough granite of the rest of the Memorial. This granite came from China and was duly ordered. The order however clashed with a trade dispute between China and the EU and was held up for a while, putting pressure on time.

In the meantime, the Town Council’s groundsmen, Jim Young and Andy Hearn, got on with preparing the base and setting in kerbing. The fact the Memorial is built on a slightly sloping path presented its own challenge.

In October 2005 the granite arrived and was laid around the base. Adjustments were made to the kerbing, to get its height right, and caps were made to hide the bolts fixing the granite panels in place. And in the week before the Remembrance Service, the tarmac path was repaired to complete the effect.

After month’s of planning, effort by Maurice Clary and Richard Gladwin of the Wivenhoe branch of the British Legion, and hard work by Jim, Andy and especially stonemason Aaron Clarke, present-day Wivenhoe residents can be proud of its Memorial to those people who lost their lives in the wars of the last century.

Thanks are due also to the many people who made contributions to the Fund, contributing to collecting boxes around the town, or attending events, including the VJ Dance in the William Loveless Hall in August 2005 which made a profit of £637 that was all donated. Overall £4,678 was raised, more than covering costs. The balance of £1,000, over costs of around £4,000, was donated to Halsey House, a 72 bed nursing and residential care home run by the Royal British Legion at Cromer in Norfolk, so that the living as well as the ‘fallen’ will benefit by this initiative started by Maurice Clary.

A service of Re-Dedication

Following renovation of the Wivenhoe War Memorial during the autumn, a Service of Re-dedication was held around the Memorial in St Mary’s Churchyard on Saturday 31st December 2005, led by Chairman of the Wivenhoe branch of the Royal British Legion, Pastor Patrick Baxter.

The Fund which had been launched in May by former Town Mayor, Cllr Peter Hill and Chairman of the Wivenhoe branch of the Royal British Legion, Pastor Patrick Baxter, raised £4,678. The Town Council agreed to meet some of the costs directly so that a cheque for £1,000 could be presented to Halsey Home.