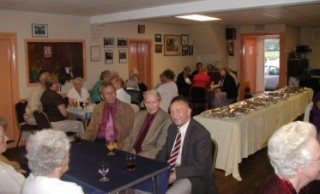 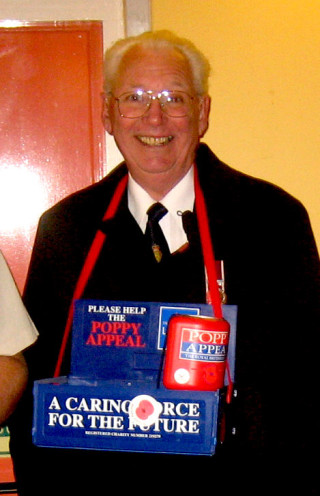 Roger Belsham, for many years Poppy Appeal Organiser for the Wivenhoe Branch of the Royal British Legion
Peter Hill

On 30 June 2007, the Wivenhoe Branch held its annual Poppy Appeal Helpers Gathering. Over fifty people attended and were entertained by the Branch as a way of thanking them for their continuing support and in achieving another record total of £5,939.88.

Essex County Vice Chairman, Mr David Swann, and his wife were guests of the Branch and enjoyed their evening with us. During the evening David presented Poppy Appeal Awards to two of our collectors. Mr Rowland Wheeler received a 30 year medal with 35 and 40 year bars; Mr Robin Calvert received a 5 year certificate. We congratulate both recipients and hope for their continued support.

Roger Belsham, Poppy Appeal Organiser for Wivenhoe said: “The Branch is extremely fortunate to have such a wonderful team of collectors and helpers, who year after year help to maintain our excellent record in supporting the Poppy Appeal. 2006 was the third year in succession that we achieved a record total. The Branch, once again offer our thanks and gratitude to everyone who took part last year and look forward to seeing them all again in November”.