The large house which stood on the corner of Park Road and Belle Vue Rd (formerly called the Brightlingsea Rd). 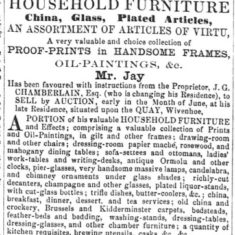 Sale of the effects of John Green Chamberlain
Essex Standard 13.05.1864 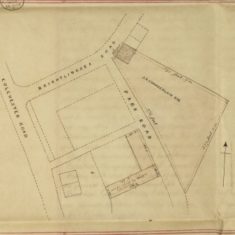 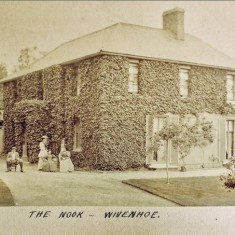 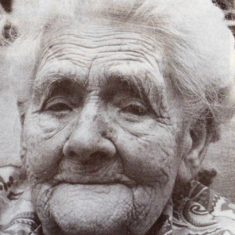 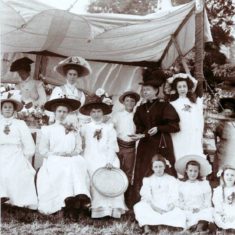 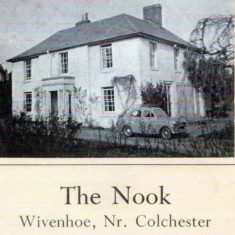 Sale catalogue for The Nook circa 1950s
Wivenhoe Memories Collection

For some new residents of The Nook, the desire to picture and imagine the house that once stood nearby has brought about this article, to fit together some stories, facts and personal recollections of who lived there.

About the house and grounds

The name ‘The Nook’ may have come about because the house was built in a bend in the road (Butler), the house being ‘tucked away’ in its own secluded space. It was Regency in style with extensive outbuildings, a cottage and acres of gardens and orchards. In its short life for such a beautiful house – about 100 years- many families lived there, either as owners or tenants. For many Wivenhoe residents it remains a nostalgic memory, e.g. playing as children in the vast estate that stretched from what is now known as Belle Vue Rd down to the brook at Valley Rd. See:

The parcel of land which was to become the site of ‘The Nook’ was formerly part of the Wivenhoe House Estate. Following the sale of 80 auction plots in 1861 a further tranche of 30 plots was put up for auction in May 1864. Four of these were sited on what was to become Park Road and John Green Chamberlain purchased them on 29 October 1864 in an Indenture with Edward Smith, the auctioneer and John Bawtree, George Henry Errington, John Bawtree the younger and Jeremiah Haddock, the four bankers who had made an earlier Indenture with Thomas Harvey when he first mortgaged the Wivenhoe House Estate on 13 May 1861. Thomas Harvey had not kept up the due payments and part of the property was therefore put up for sale. See: http://www.wivenhoehistory.org.uk/content/topics/places-buildings/wivenhoe-house-estate/deed-relating-four-parcels-land-park-road-29-10-1864

John Green Chamberlain was a Wivenhoe Merchant, Deputy Serjeant of the Cinque Ports and Agent for Lloyds at Wivenhoe, who had previously been living on the Quay. On the 13th May 1864 a Notice appeared in the Essex Standard to announce a sale of all his effects from his Quay property (see image) so he must have already been preparing to move? From comments in the October Indenture it appears that he was already occupying one of the four parcels abutting on Brightlingsea Rd which was referred to as a ‘messuage or tenement with the stable and outbuildings curtilage and garden thereto situate and being in the said parish of Wivenhoe lately in the occupation of [blank] Hill and now by the said John Green Chamberlain’. It’s possible that he may have occupied these premises while ‘The Nook’ itself was built but he was not listed as living there until an entry in Kelly’s Directory for 1867.

The house was probably built sometime between 1862-1865 and would have taken at least a year to build. It is even possible that some of the building materials from the Wivenhoe House estate (which was demolished and materials sold off) were used for The Nook. The Post Office Directory of Essex 1874 lists John Green Chamberlain (shipowner) as inhabiting The Nook, and Kelly’s Directory has entries for him in 1867, 1870, 1874 and 1878.

Following the death of John Green Chamberlain The Nook was rented until it was sold in 1894. On the 10th August 1880 the East Anglian Daily Times advertised the sale of furniture, linen and paintings and on the 28th May 1881, the property to let as 3 acres with a gardener’s cottage.

Three sets of tenants emerge at this point, the last one purchasing the property:

Reports about  the Wivenhoe Earthquake of 1884 reveal that a Colonel Bowen moved out from The Nook temporarily and a notice of death (Chelmsford Chronicle 20/8/1909) mentioned that he had resided at one time in The Nook.

Kelly’s Directory 1890 and 1892 lists Alexander Kenyon Trotter as a private resident at The Nook. According to Butler, he lived there for three years until his death in 1891. He was the first commodore of the Colne Yacht and Boat Club, a governor of the Wyvenhoe Board school and worked as a supervisor of the upstream shipyard (Messrs. Forrestt & Son) from 1888 until his death three years later. He also chaired a meeting held on 1 March 1889 to investigate the suggestion that the town should build itself a public hall.

The ivy covered photo taken in 1891 shows Alexander Trotter and his family.

The Rice Family responded to an advertisement in The Essex Standard of 26th September 1891 for a year’s term let, where the property was described as ‘5 acres, stable, coach building, cottage and meadow’. In the same year the East Anglian Daily Times 10/11/1891 advertised a sale by auction of household furniture and effects, probably belonging to the late John Green Chamberlain.

Mr Henry Oliver Rice bought The Nook in 1894 as reported in the East Anglian Daily Times on the 1st March 1894, and the Chelmsford Chronicle on the 2nd of March 1894, with the road being given as Rectory Rd, much later changed to Belle Vue Rd. Mr. H.O. Rice was registered as a private resident in Kelly’s Directory up until 1917.

Harry was very active in the local community. He was the secretary of Wivenhoe’s Conservatives Association;  was an Urban District Councillor from 1907-1911; and superintendent of the Sunday School. The grounds of The Nook were used for garden fetes, as mentioned in the newspapers and Butler mentions Sunday School treats of organised sports, followed by tea. We know that there were four servants in the house, a housemaid, a gardener, a coachman and the cook in the house (1898-1907) was Daisy Hatch (Roper), and then Nellie Hatch, with a maid, Florence Bowtell.

In 1901 a borehole was dug at the dip in Queens Road which was the southern boundary of the Nook and water was found at a depth of about 150 ft estimated to produce 6,000 gallons per hour. The Council bought the site from Harry and built the Waterworks, (now called the Pump House in Queen’s Road). It was able to pump water to the Tower, built in 1902, at the top end of Wivenhoe by The Cross. See:
http://www.wivenhoehistory.org.uk/content/topics/events/first-world-war/harry-and-sarah-rice-incomers-at-work-ww1

A curious incident was reported in the Essex Newsman Story of the week (2/7/1904) which stated that at the Nook Cottage- “hatched a chicken with 4 wings, 4 legs, double head, one eye and half a beak”.

Kelly’s lists them as private residents in 1933 and 1937. There was a daughter, Marjorie Dorothy Bowle, who was married (church records) at the parish Church in Wivenhoe on 11th January 1934 to Sir Edric Montague Bastyan. There is a suggestion that Mrs Bowle probably raised Siamese cats as an advertisement for these cats for sale appeared in the Sheffield Independent in 1937.

The Corbin family lived at The Nook in the 1950s and a key member of the Wivenhoe History group, John Stewart, the curator of the Wivenhoe Memories Collection, recalled that his father, Reg Stewart, was their head gardener. John remembered as a 10-11 year old playing in the grounds. There were two children and it is thought that Mr Corbin was a stockbroker working in the City.

A family contact recalled living in the house in approximately 1959/60 when the house was purchased at a Colchester property auction.  He remembered the house and  grounds being  very attractive; the house was a beautiful Regency House set in five acres with greenhouses and walled vegetable garden.

In the late 60s Rushley Homes bought the house and the land. The house was demolished and new housing was built on the site. Some remnants of the garden remained until the Valley Road estate was extended to Park Road (and later the Dene Park Estate). Pat Marsden whose family moved into the original short stretch of Valley Road in late 1968, remembers her dismay circa 1969 when builder’s diggers moved in to the remaining garden which backed on to her western boundary and dug up all the trees. One of the newly created groups of houses was called ‘The Nook’ as a reference to the original house.