You are here: Home>Topics>Events>Events - Miscellaneous>Frinton Beach created with Wivenhoe Sand 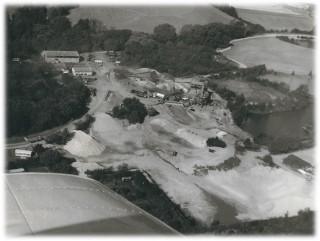 In February 1969, the Tilbury Group based at Wivenhoe Pit won a contract to deliver over 26,000 tons of sand to build up Frinton’s beach as part of an improvement to sea defence scheme at Frinton.

It seems that Frinton and Walton Council were only expected to contribute 10% to the overall cost estimated to be around £20,000. It was proposed that the bulk of this cost would be met by a Government grant as part of the sea defence project.

There was a row in the local newspapers at the time with many people arguing that this project was a complete waste of money and that all this sand would be quickly washed away.

Then Chairman of the Frinton and Walton Council, Cllr Hector Humphrey, said at that time: “The sand and ballast is necessary to raise the beach level and protect the toe of the sea wall. With the new breakwaters, we hope that the sand will be retained and help to build up a better beach than we have had over the last few years, and restore it to the level it was before the old breakwaters broke up.”

The sand and ballast was brought in by lorry from the Wivenhoe Pit.  Hopefully the doubters were mollified as the project appears to have been successful. It would certainly have required a huge number of lorry movements to shift that quantity of sand and ballast.

To learn more about the Wivenhoe Pit with details of the various companies which have quarried there starting with the Wivenhoe Sand, Stone and Gravel Company Ltd which was started in 1925 – click here