At 48 High Street (on the corner of Phillip Road) 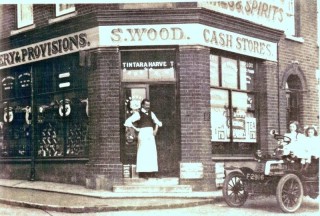 Stacey Wood's Grocery Store. His assistant George Green is standing in the doorway. He married Nellie Pittuck and they had two children; Ivy who is seated at the wheel of the car and Ella with the ribbons in her hair. Ella died in 1915 aged nine.
Wivenhoe Memories Collection 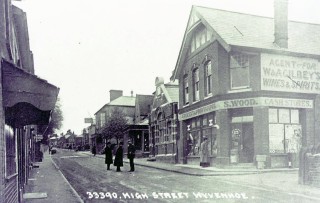 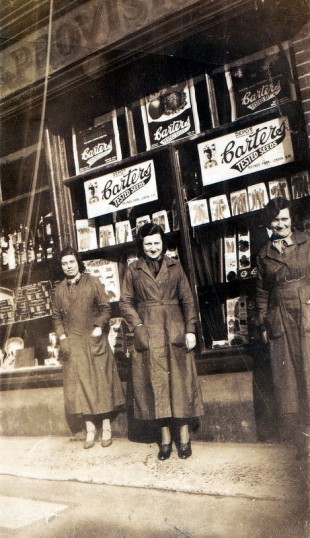 Local women who worked in Stacey Wood's store. One was related to the Gloziers.
Wivenhoe Memories Collection 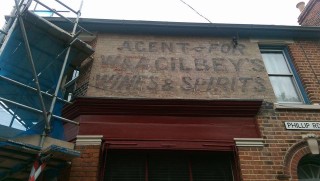 Stacey Wood was a well-known character in Wivenhoe – one of the two grocers in the village. He settled in Wivenhoe in the 1890s and died in 1951.

Stacey’s passion was cars and he would have been one of the few owning a car at this time. The photo shows his two daughters in his car and George Green, his assistant.

Like many local businessmen he gave some of his time to charity work and was the Hon Secretary of the Shipwrecked Fishermen and Mariners Royal Benevolent Society.

Shops were more specialised in those days – meat was bought from the butchers, fruit and vegetables from the greengrocers, milk and butter from the dairy. Grocers sold mainly tinned, packaged and dried foods such as tea, flour and sugar. Many of these were delivered to the shop in bulk and the assistants would have to weigh and bag the items in advance into appropriate amounts- such as half a pound or two pounds weight.

Towards the end of the war, rationing was introduced for some products and the grocer would have to deal with all the paperwork that this involved.

The building was recently refurbished and the original advertising sign (just visible above the car) was discovered and preserved. Take a look!