Martin Newell wrote the following article in tribute to the Bookshop 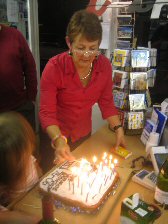 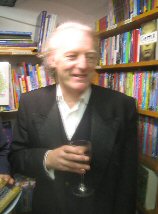 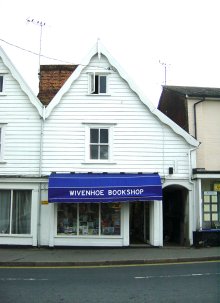 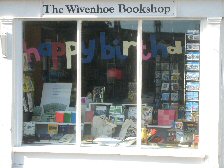 The front window of the Wivenhoe Bookshop 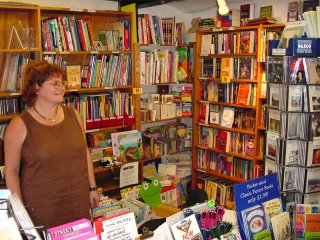 Inside the bookshop
Peter Hill 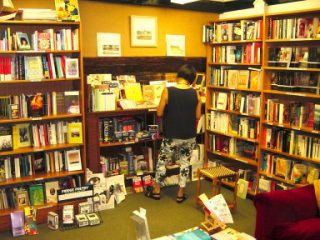 Inside the Bookshop
Peter Hill 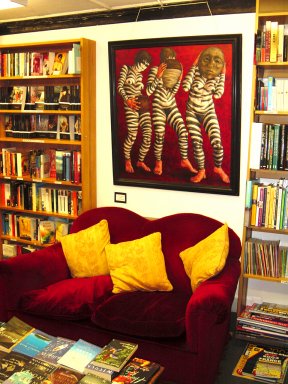 The Over the Sofa Gallery
Peter Hill

When the Wivenhoe Bookshop’s awning was burnt − not once but twice last summer − the wave of public support following the two events said far more about the esteem in which the shop is held, than any amount of written tributes ever could.

Over the past three decades – especially within recent years – the shop has quietly become as much an institution in our town as the church, or any of the pubs. The best has been made of its limited space, so that it feels cosy rather than cramped. Its stock is wide, diverse and defiantly ‘indie’ in an age where the rapine of the retail giants is forcing literature into a straitjacket of homogeneity. A glance at the weekly best-seller lists shows the crippling dominance of celebrity confessionals, rubbish novels and TV cookbooks.

And yet, in a  world where even those few of us who still like to read are being dictated-to by big business, The Wivenhoe Bookshop sits prettily in the High Street with a demure two-fingered salute held up to corporate android culture.

Their rugged stance on window displays exemplifies this.  A quick-change dressing strategy, along with regularly-held launch events, helps endow the place with the living-breathing quality which keeps it one step ahead of the average bookshop.  The installation of a sofa and a micro art-gallery in the back room has further enhanced the shop’s appeal so that it not only seems but actually is more than just a bookshop.

When the two arson attacks came, quite apart from initial shock, there was also a distinct feeling of unease, in these philistine times, at the near-destruction of a bookshop and its books.  Perhaps someone didn’t care about books − or even actively disliked the idea of the bookshop?  Well, it was easy to get paranoid back then, with the sour smoke still hanging on the late summer air.  Though it also made many of us realise how unique and special the shop is.  And how much we’d miss it − if the place and the people who work in it were suddenly gone.  In the more-considered cool of autumn therefore, I’d just like to raise a glass to Ginny and to all her staff:

For services to literature above and beyond.  And to the future.