You are here: Home>Topics>People>Other People>Barton's Stores with Gordon and Pat Green

On the corner of High Street and Phillip Road

Added by Pat Marsden with additional text by Peter Hill 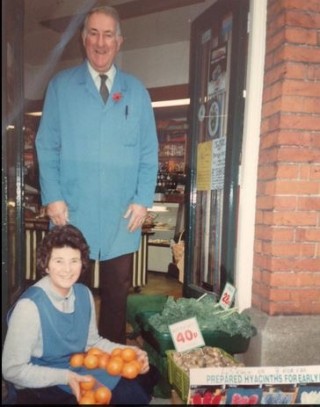 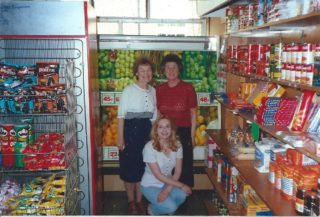 Proprietor of Barton Stores with part-time shop assistants, Elaine Taylor and ? in the 1980s.
Photo loaned by Mrs Pat Green 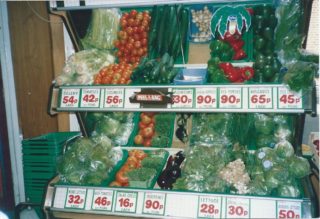 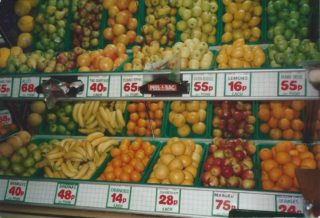 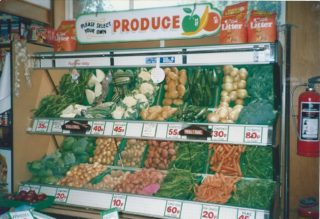 People coming to live in Wivenhoe during the 70s, 80s and early 90s got used to seeing Pat & Gordon Green amongst the fruit and veg of their shop, Barton Stores, situated on the corner of High Street and Phillip Road,

Gordon was also a common sight travelling around Wivenhoe in his delivery van. He had a reputation for his kindness and doing unsolicited small favours for people.

Gordon would travel early to Covent Garden to buy stock, or would source locally, so that you could always buy wonderfully fresh produce at Bartons.

He was always busy and ever cheerful; a real character and someone who, for many people, was the epitome of the spirit of Wivenhoe – solid, down to earth and with a twinkle that suggested he could enjoy a good party.

In the early 1970s, he took over the running of Bartons Stores which had been started by Pat’s father. It was then on the opposite side of the High Street, on the corner of Chapel Road until, two years later, when he moved the business to where it became a familiar shop until 1997, when they both retired.

They had the new shop modernised in the 1980s. Pat was very particular about keeping the shop looking nice and would ensure that each of the shelves was fully stocked at the beginning of each day.

For more about Gordon Green and the earlier shop which started on the other side of the High Street, click here