You are here: Home>New contributions>Wivenhoe's Population Growth since the Domesday Book 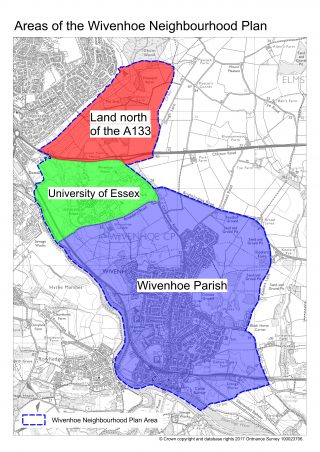 The total WNP area and its three constituent parts 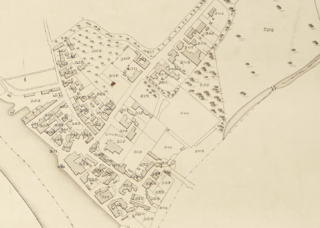 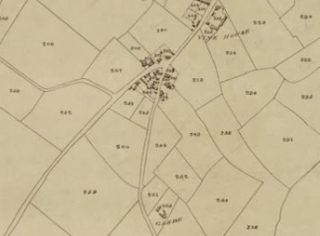 Extract from 1838 Tithe Award Map for Wivenhoe showing parcels 243, 244, 262 situated south east of the Cross and to the east side of Rectory Road.
Essex Record Office D/CT 406B

In 1086 – In the Domesday Book of 1086, it is recorded that Wivenhoe was a settlement in the Manor of Robert Gernon with a recorded population of just 27 households comprising 5 villagers, 20 smallholders and 2 other people.

The population did not grow very much over the next 700 years, as in 1723, the Rector reported a population of only 110 families. There does seem to be a bit of a ‘growth spurt’  as in 1758, 161 houses were assessed for the window tax.

It wasn’t until 1801 did Wivenhoe see any meaningful increase in population as the number of people by that year had risen to 1,093. It then began to steadily rise. In the 1851 census, 1,672 people were recorded as living here and, with prosperity coming with the arrival of the railway, more homes were being built and the shipyards were getting busier, so that by 1901 there were 2,424 people here.

In 1931, this number had fallen slightly as the shipyards were less busy, and only 2,193 people were recorded, although this figure would not have included those men who were away at sea on the day that the census was conducted. If you were away, you didn’t get counted!

In the the 30 years which followed, the population did not change greatly as in 1961, records show that there were 2,729 persons living in Wivenhoe. This was not that much more than the 2,424 people who were living here in 1901.

In the next decade, Wivenhoe becomes the fastest growing town in Essex, with a near doubling in the size of the population to 5,316 people by 1971. It was in this decade that Wivenhoe saw the creation of the University of Essex in 1964, and the building of estates as Broome Grove and the opening of two new schools, Broomgrove Infants and Junior Schools, around the same time.

In the next 20 years, by 1991, the population had grown to 8,250 people, an almost 50% increase. It continued expand rapidly as more homes continue to be built here so that by 2001 the population had grown to 9,153 people although that number includes those people living on the University campus, as it is the number of people living in the Wivenhoe wards which are being counted and this includes the University and its tower blocks.

In 2011 census, there were a total of 10,025 people who were counted as living in Wivenhoe, at least this is the number of people in the electoral ward of Wivenhoe which includes the University. The University by this time has built a lot of family accommodation on the campus in addition to the tower blocks.  The actual number of people living in the Parish of Wivenhoe i.e. the homes that we all think of as Wivenhoe, often referred to as the Settlement area, is much lower at 7,637 people.

From the analysis work undertaken by the Wivenhoe Neighbourhood Plan Group, of these 7, 637 people, in 2011, there were around 500 students who were living in homes in the Parish. Interestingly, there were 670 people here who had jobs at the University, some academic of course but the University employs a huge range of staff.  Where once the shipyards were the major employers here, it is the University which has become the dominant employer.

2021 is another census year when the Office for National Statistics will want us all to complete a detailed questionnaire to create a picture about the people and the society we live in. It occurs every 10 years. In 2021, Census day is: Sunday 21 March 2021.