You are here: Home>Topics>Planning and Local Gov't>Christmas Street lighting began in Wivenhoe in 1994

How Wivenhoe Town Council bought £40,000 of Christmas lights to brighten Christmas in Wivenhoe 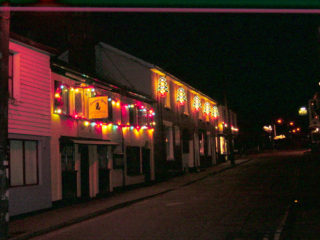 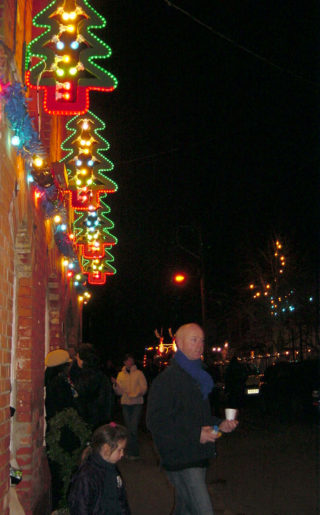 The Christmas tree lights on the side of the old Grosvenor Hotel building.
Photo by Peter Hill 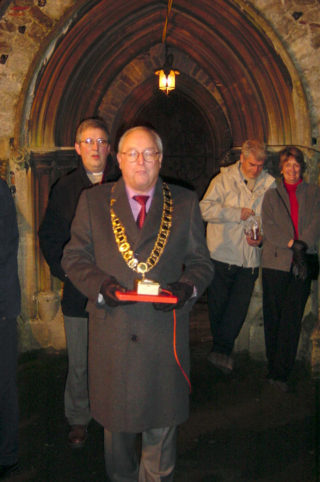 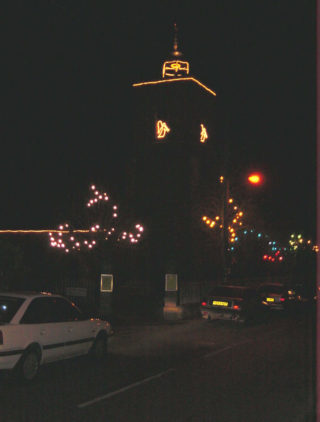 The lights on St Mary's Church Tower and with cupola all lit up too.
Photo by Peter Hill 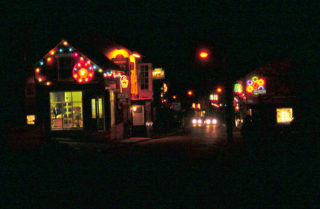 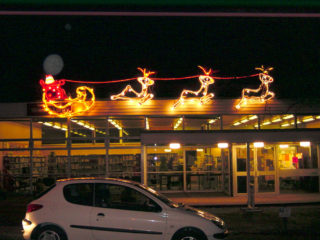 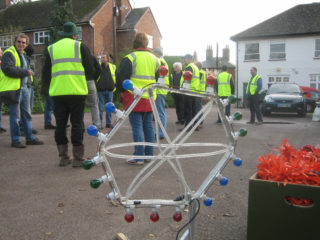 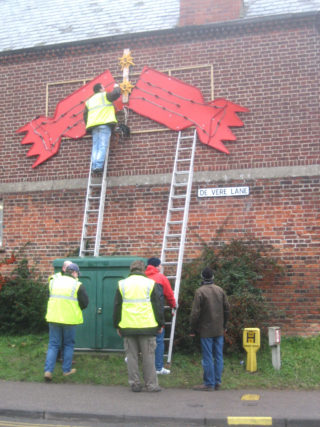 At the Wivenhoe Town Council meeting on Monday 18th July 1994, the Council resolved:

To authorise Cllr Peter Hill to acquire street lighting from Reeman Dansie & Howe for a sum not exceeding £2,000 with the proviso that the Wivenhoe Association of Trade and Commerce positively indicate that they were willing to borrow these decorations from the Town Council each year and be responsible for putting them up and connecting to the appropriate power supply.

Prior to this Town Council meeting, Town Clerk, Antoinette Stinson, sent me an advert she had cut out from the local newspaper indicating that the management company which ran the Red Lion Shopping Centre in Colchester were proposing to sell their Christmas decorations as they wanted to buy some new ones and were looking for bids. At that time, I had set up the Wivenhoe Trade Campaign to try to breathe some life into our shops and this seemed to me to be an ideal opportunity to promote Wivenhoe at Christmas with some street decorations.

I duly had a meeting with the Manager of the Red Lion Walk and we shook hands on a price of £1,750. I also had a conversation with Tony Allcock who had just taken over as Chairman of the Wivenhoe Association of Trade & Commerce [WATC]  to see if WATC would be willing to put them up. Tony was very keen; it was very useful that Tony ran the local TV and electrical shop in the High Street, Allcock & Stevens.

With that, I put it to the Town Council that they spend the money and it was duly agreed.  Cllr Len Horner and I borrowed a large van and we went to the Red Lion Centre to a store-room in their underground service area. We were totally amazed at the huge quantity of decorations we had bought. The Manager told us that they had originally cost £40,000 !

Tony Allcock was good as his word and he spent ages erecting all of these lights, although it clearly really was far too much for just one person. Gradually other people came to his rescue as Dave Sleightholm and John Moores who has assembled a big team of volunteers since then to really brighten up Wivenhoe each December.

David Sleightholm has spent goodness knows how many hours checking and testing the light bulbs as well as making new lighting features. One year the team putting up the lights managed to fix one of the small trees on the Grosvenor Hotel (corner High Street and Station Road) upside down much to Dave’s annoyance as he is known to be something of a perfectionist.  Ever since then, you will notice that the lighting team always manage to make the same mistake each year in tribute to Dave Sleightholm and the regard in which he is held.

The various people who have been part of that lighting team since that first year of 1994 have done a great job for Wivenhoe. All volunteers, they have also helped make the Christmas Market at St Mary’s even more special as it is at the Market, on the first Thursday in December each year, at 6pm, that the Mayor of Wivenhoe by tradition is invited to switch all the lights on.  We should remember also that this team of people have to get them all down again in January, and checked, ready for next year.