Wivenhoe given a German machine gun after the War 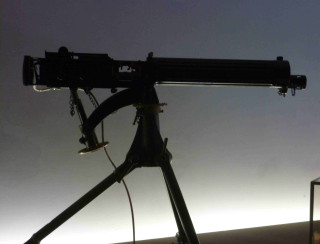 The Deputy Clerk reported the arrival from the OIC 10th Essex Regt. of a German Machine Gun presented by him to this District as a war trophy.

The council . . . resolved to accept from the War Office a German Machine Gun Ammunition Box + belt.

Investigations show that there is no record of the Ordnance in Wivenhoe today and Colchester museums also have no record.

When the Wivenhoe History Group visited the Essex Regiment Museum in Chelmsford in early 2015, the curator said that most local councils received WW1 trophies and that their size corresponded to the amount the particular council had contributed to the WW1 war effort. Most such trophies were handed back to the War Ministry after an appeal for recyclable commodities towards the WW2 war effort.