About the WW1 Project

Early in 2014, with the centenary of the outbreak of World War 1 looming, Gill Strudwick volunteered 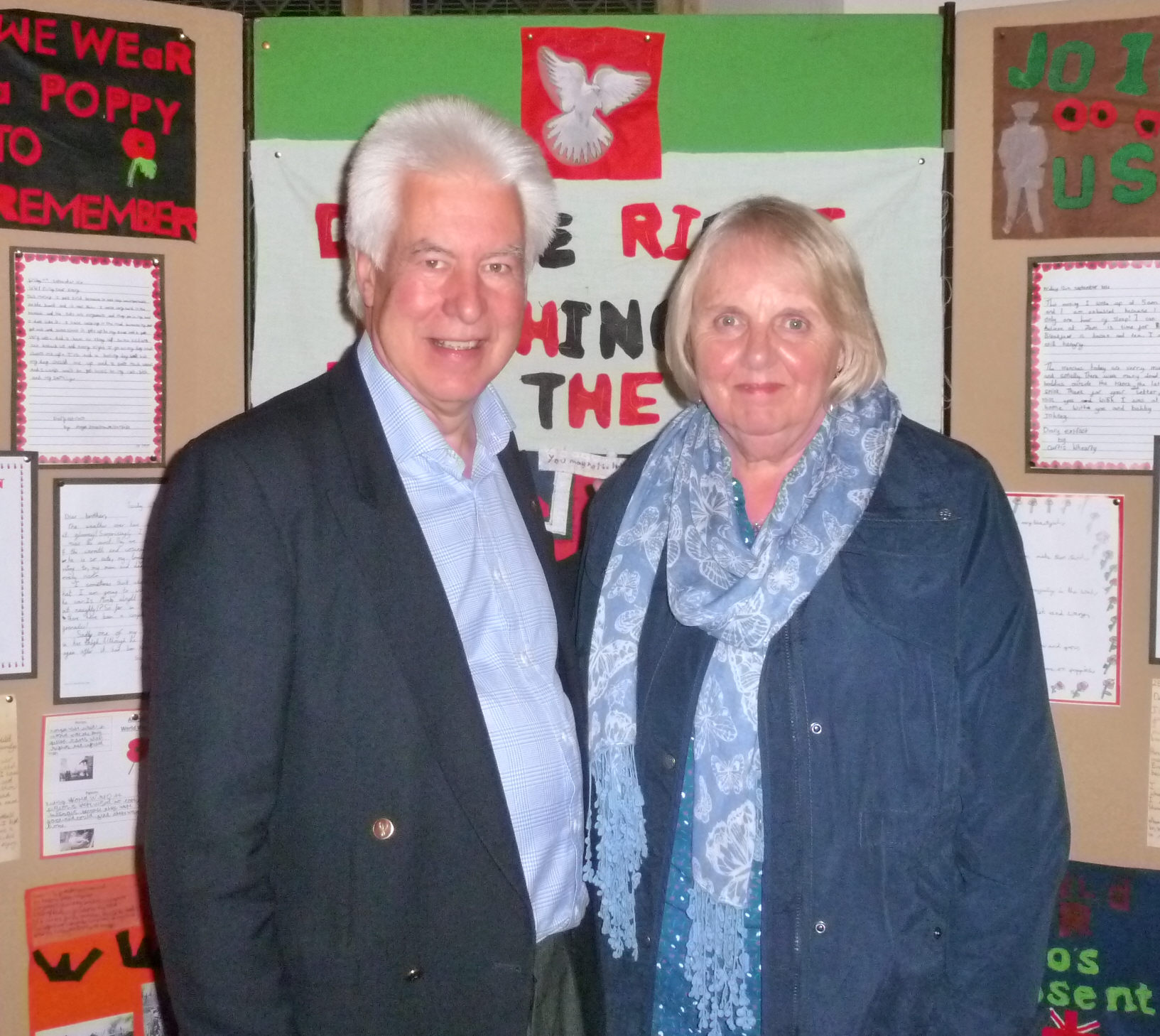 Peter Hill, Chairman of the Wivenhoe History Group with Gill Strudwick who has been leading the WW1 project, working with the Wivenhoe Schools and led on the HLF grant

to establish a working group of people interested in researching the impact that World War1 had on Wivenhoe.

The project has involved research into what the newspapers were reporting during the four years of the War and lots of other research into old documents and photographs, and visits to places like the ERO, National Archives, and the Imperial War Museum.

A major task was seeking a grant from the Heritage Lottery Fund for various things including working with Wivenhoe’s three primary schools to help them develop their knowledge and understanding of WW1. The grant application including an element needed to complete the target to establish a Community Archive for Wivenhoe in which to hold all the information discovered as part of the WW1 Project. This grant application was also led by Gill Strudwick. We were all very pleased when the HLF advised we were being awarded a grant of £9,000 towards all aspects of our Project.

Gill has also been spending a lot of time with the Broomgrove Infants and Junior Schools and with Milfields Primary School on their WW1 Projects. The schools each created displays for the History Group’s public lecture which was given by Paul Rusiecki about WW1 and its impact on Essex on 17th October 2015.

Find out a lot more about how WW1 affected Wivenhoe and about the people who died in it by clicking here. 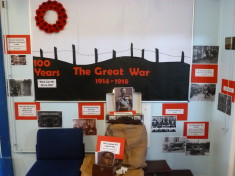 The display created at Broomgrove Infants School for WW1 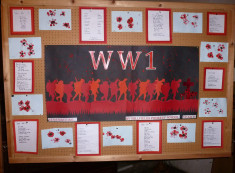