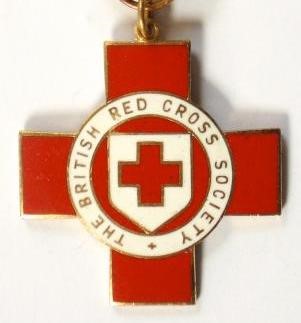 Names and qualifications of Wivenhoe Red Cross volunteers identified from the Wivenhoe News Column of the Essex County Standard editions between 1911 and 1918.

There may be many more ladies.

We have found out a little about their identity and their life. We may also have got some identities wrong. Can you help us?

We are hoping this article will prompt people to talk about these ladies and hopefully it will unearth more information, may be even some photographs

Red Cross Medal card indicates that in 1912 she was living at Wivenhoe Hall Wivenhoe and that she resigned in 1919. She served at both Wivenhoe and Gostwycke Hospitals. Her role was organizing and training with the rank of Commandant.


m Alexander K Barlow in December 1890 in in Lancashire

1901 and 1911 Census shows living at The Hall, High Street, Wivenhoe with her husband and 4 children and 6 servants.

Red Cross Medal card indicates that she worked at Gostwyck V.A.D. Hospital, Colchester between June and Dec 1918 –  Volunteer Cookery 4 days per week. She was at this time living at “The Robins” Anglesea Road Wivenhoe

1967 Dec.  Death registered in the District of Colchester

1901 Anglesey Road, Wivenhoe. Married (but Mariner husband not home) with 5 children. Next door to in-laws.

1916 1Q Married Robert M. Cross in the District of Lexden.

1979 Death registered in the District of Colchester.