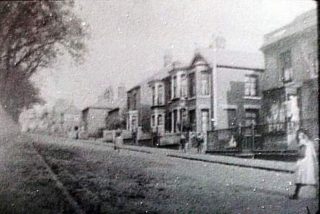 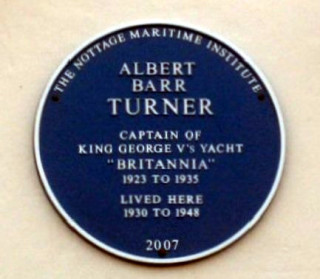 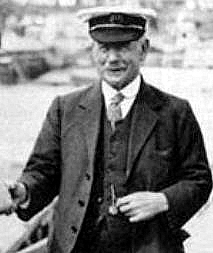 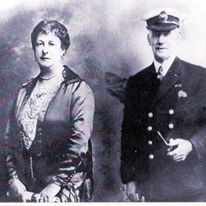 The house on the far right is now called Malting House. The railings have long since disappeared. An unknown shop can be seen on the corner. According to living memory Mrs Lymus had a sweet shop here.

Annie Howling, a widow and her daughter Annie, lived here for over 30 years from about 1881. Both women were linen drapers.

Annie Jr (Cole) was married and widowed in the space of a year in 1897/8, and gave birth to a son Ernest 2 weeks after her husband’s death off the Cornish coast, aged 30. He was a master mariner.

In 1917/18 Ernest was serving as a clerk initially with the Royal Navy, and then with the Royal Flying Corps. He is named on the Wivenhoe Roll of Honour.

Annie Cole had a drapers shop in Wivenhoe, possibly where the Newsagents is now.

In 2007 a blue plaque was unveiled in memory of Captain Turner who lived here with his wife Caroline from 1930 until his death in 1948.

He was the last professional skipper of the Royal racing yacht Britannia for King George 5th from 1923 to 1935, winning many cups and setting records. Britannia won over 200 races and was scuttled on the King’s death in January 1936. Albert also raced another  great J-class yacht, Shamrock.

Belgrave House, as it was known in 1918, has an early Victorian brick façade hiding a much older 16 – 17C timber framed building.