It has been a newsagents for a very long time 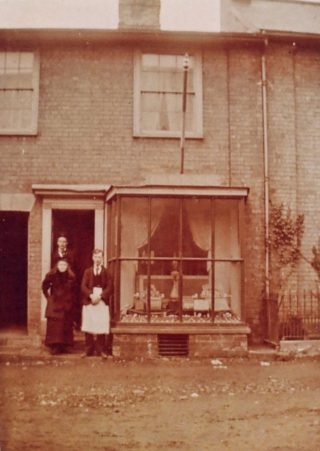 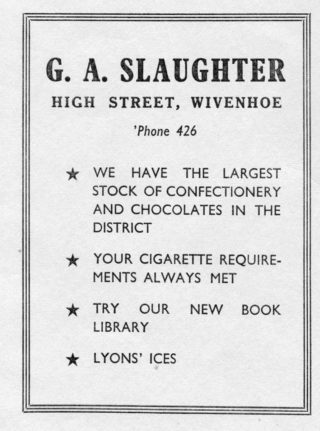 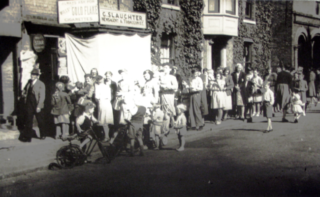 The queue outside the shop when sugar rationing ended after WW2 in 1953 and sweets were back in stock.
Picture from the Wivenhoe Memories Collection 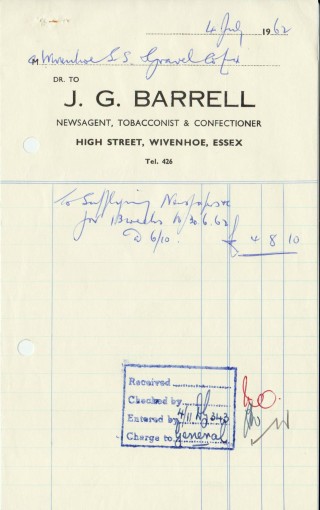 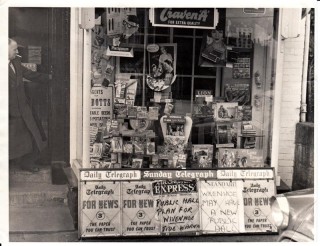 Jack Barrell on the doorstep of his paper shop in 1963. Note the newspaper headlines about the plan for a Public Hall.
Wivenhoe Memories Collection

The flag pole above the window has now gone and the passage on the left is blocked up. It is also not clear what is being sold at this shop at that time.

There has been a tradition of selling newspapers at this site since the early 1930s.  George Slaughter first started the business, followed by Jack Barrell Newsagents and Tobacconists in the 1950s, Bryans in the 1980s and then its current owners.

It is interesting to note in the advert that Mr Slaughter offered a book library, payment was 2d a week. Customers could also pay in 6d per week to the “The Hospital Fund”. Free care through the NHS was not available until July 1948, so this was a method of saving for future care needs. 90 years later there is still a book borrowing service at the newsagents.

The third picture shows a long queue outside the shop when sugar rationing ended in 1953 after WW2 and sweets were back in stock.