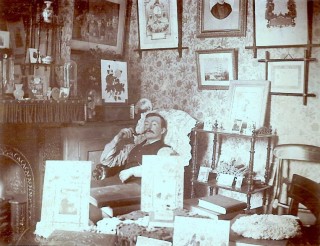 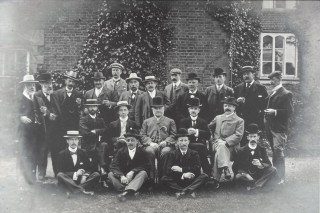 Wivenhoe Hall, gentlemen of the 1902 Coronation Committee in the garden. Who were they all?
Nottage Maritime Institute 04329.51h 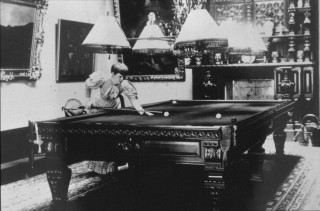 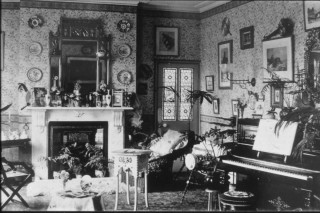 Wivenhoe Hall drawing room. luckily there were people to do the dusting.
Nottage Maritime Institute 04329.51f 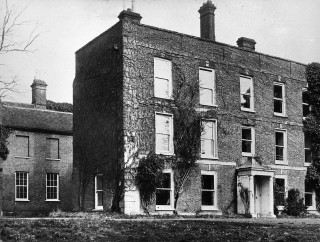 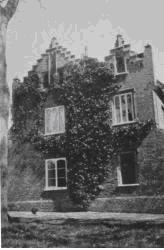 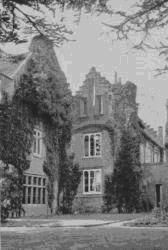 Another view of Wivenhoe Hall which burnt down in 1922

The Barlow family moved from Braintree to Wivenhoe Hall in 1899. Alexander K. Barlow was a wealthy and influential man.  He married Sophie Salmonson of Manchester and they had four children. In their 23 years at the Hall they employed a good number of servants.

Alexander Barlow was involved in many aspects of Wivenhoe life and he enjoyed cricket and sailing. He was the first and longest serving Chairman of Wivenhoe Urban District Council.  He presented the WUDC with its official seal, which over the years has evolved into the town’s official crest.

Sophie Barlow was very active in fund raising and a member of the Red Cross.  According to the Essex County Standard they held many events at the Hall, such as the one recorded below:

FLAG DAY AND SPORTS.—A very successful Flag Day combined with athletic sports on the afternoon and an alfresco concert in the evening took place at Wivenhoe on Whit Monday in the grounds of Wivenhoe Hall, kindly lent by Mr. A.K. Barlow, in aid of the funds for St. Dunstan’s Hostel for Blinded Soldiers [apparently located at 58 Winnock Road, Colchester].  The gathering was organised by the R.A.O.B (Grosvenor Lodge, No. 1461, G.L.E.) Pte. G.H. Miller ably carrying out the duties of Hon. Sec.  The weather was ideal, a varied programme of sports being carried through, the concert also being a great success.  The sale of flags realised £21.5.5 ¾.  The prizes were presented by Mrs. A.K. Barlow.  The affair was a huge success and it is expected to be able to hand over to the Hostel a cheque for about £70.  A capital band was in attendance.

In July 1897 they wanted “a strong healthy nurse accustomed to young children; not under 18 years” to help with the arrival of young Jack born in 1899.

Both their sons served in WW1. The eldest, Alexander W. Lancashire Barlow, survived the War however, in September 1917, Flight Commander John (Mad Jack) Barlow was shot down and died in France. He is remembered on the War Memorial in St Mary’s churchyard.  Read more about Mad Jack Barlow here

In 1919, the Barlow family moved to Henley–on-Thames. Alexander HK Barlow died in Southampton when he was 73 years old.

The photos on this page are from his time at Wivenhoe Hall.