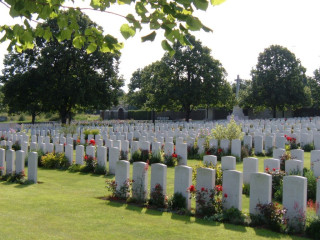 Ernest lived at Gt. Yarmouth.  He served in the 1st Battalion and was then attached to the 9th Battalion of the Essex Regiment. He was killed in action on 14th October 1918, aged 23.

He was buried in Grave Ref. XVII.G.2. at Loos British Cemetery, France,   He is not named on the Wivenhoe War Memorial.

He was awarded the 1914/15 Star, British War and Victory Medals.