Killed in Action at Passchendaele 10 July 1917 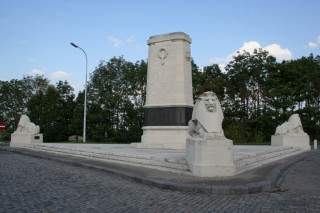 In 1910 he emigrated to the USA on SS Merion landing at Philadelphia.  Prior to the war he returned to England on SS Franconia landing at Liverpool on 18 June 1914.  He enlisted at Warley Barracks, nr. Brentwood, Essex, but served in 1st Bn Northamptonshire Regt.

He has no known grave, but is named on Panel 13 of Nieuwpoort Communal Cemetery Memorial, West Vlaanderen, Belgium and also on the Wivenhoe War Memorial.