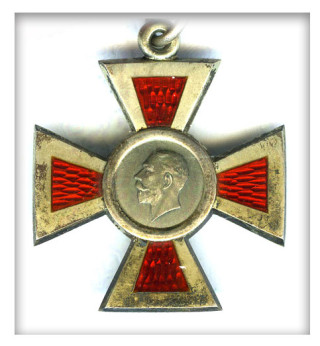 Elsie Emma Harlow (1878 – 1951) was born in Wivenhoe on 11th December 1878. She was the second of the four daughters of Henry Harlow and Alice Lucy Coveney. At the time her parents were living at The Laurels in the High Street, next door to the Falcon, and her father was the long-time captain of the yacht Rosabelle owned by Theodore Pym.  Educated at a school on North Hill, Colchester, she left and by 1903 she had moved to the General Hospital at Great Yarmouth where she did a three year training to be a nurse.

She worked at a number of different hospitals around the country, until on 8th January 1915 she applied to join the Queen Alexandra’s Imperial Military Nursing Service Reserve (QAIMNSR).  She was accepted and, having worked her period of notice, her official period of employment started on 28th April 1915 when she was sent to St Andrews Military hospital in Malta.

Her initial period of employment was for a year but she excelled in her work and she accepted further contracts. She was a sister and assistant matron and her character reports say that she was ‘a lady of untiring energy and perseverance and an excellent organiser.’ In July 1917 she was posted to Salonica where she continued to excel. According to the minutes of the war cabinet for November 1917 the troops in Salonica were ‘saturated with malaria’. Emma was mentioned in Lt. Gen. Milner’s dispatches in October 1917 and awarded the Royal Red Cross medal at the beginning of the following year entitling her to add the initials RRC after her name. This was almost the end of her war time service as she returned to England at the end of 1918 as a matron in chief however she continued in the QAIMNSR for some time.

During 1919 she served in a number of hospitals in England and Ireland and it was suggested that she might leave the service at the end of the year. In the event she was posted to Mesopotamia. She left Tilbury in March 1920 and arrived in Bombay a month later before continuing her journey via Basra to Baghdad. She spent several years here before she finally returned to England in early 1923. A short period of work in England followed until she was demobbed on 29th September 1923.

Although she clearly enjoyed life abroad it was not very good for her health. She had her first asthma attack while in Malta and by her return to the UK in 1923 she was said to be suffering from chronic bronchitis, emphysemia, diabetes and had cataract problems. Although Elsie felt that she might also have contracted malaria while in Salonica blood tests proved negative. Her cataracts were referred to as ‘senile’ even though she was only forty years of age. While her weight is not given I suspect she was a large lady who smoked. She claimed compensation from the War Office saying that her health problems were a result of her war service and she was examined at Queen Alexandra’s Military Hospital on Milbank where it was suggested that she was incapacitated by about 30%. She was admitted for a short period and in addition to treatment for her chest problems her cataracts were operated on. She was re-examined in December and refused compensation as the level of her disability had dropped to 20%. She does not seem to have appealed this decision.

Elsie’s starting salary as a sister in the Queen Alexandra’s in 1915 was £92/10/- per annum with a £20 bonus. This was the top of the scale for sisters at the time. By the time she left the service as a matron she would have commanded a salary in the region of £195 per annum with a possible £10 bonus.

Following her demobilisation she applied for the post of matron at St Peter’s hospital in Covent Garden in early 1924 and was given a glowing reference. This hospital, a centre of excellence in the treatment of urinary diseases, was expanding into new premises at Endell Street but has since been absorbed into the Middlesex Hospital. It is not known if she was successful.

Her address in 1923 was given as 12, Brunswick Place Southampton, very close to The Royal South Hants Hospital but later that year she moved to Shakespeare Avenue, less than a mile away. Her sister Isadore took a post at Bevois Road school the following year, just 500 yards from Elsie’s home. Her mother came to live with her but she died in March 1925 and her eldest sister Alice, who had married William Goodwin, died in Colchester in 1926.