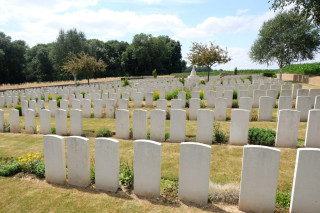 He was buried in Lonsdale Cemetery, Authuille, France, Grave ref. V1.V.4.  His name is not mentioned on the Wivenhoe War Memorial.