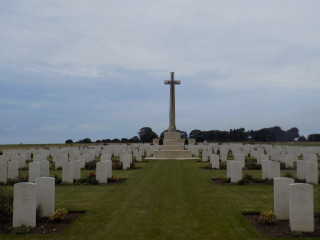 Frederick Charles Blackall was born in Rotherhithe, the son of William & Elizabeth Blackall.  In 1912 he married Ada Maud Blackall in Rotherhithe.  She was living in Queens Road at the time of his death.  He served in the 16th Bn. Middlesex Regiment and died on 20 August 1917, aged 31.  He was buried at Mont Huon Military Cemetery, Le Treport, Seine-Maritime, Grave ref: IV.M.8B.  Not named on Wivenhoe War Memorial.