Ian Valentine based on CWGC & research by John Stewart's 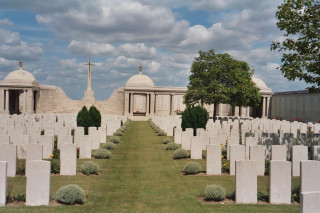