Ian Valentine based on the Commonwealth War Graves Commission record 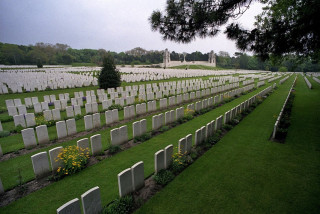 N.B.  The death of Herbert J. Browne was reported in the Essex County Standard on 5 January 1918 under the heading “ROLL OF HONOUR” for Wivenhoe, aged 32, on 6 May 1917.  He is presumably the same man.

He had a brother Sergt. George W. Browne in the Royal Field Artillery.