You are here: Home>Topics>Events>First World War>Roll of Honour - WW1>The Fallen of WW1>Private Tom TURNER killed in action on 3rd May 1917

Private Tom TURNER killed in action on 3rd May 1917

Served in in the Kings Own Yorkshire Light Infantry 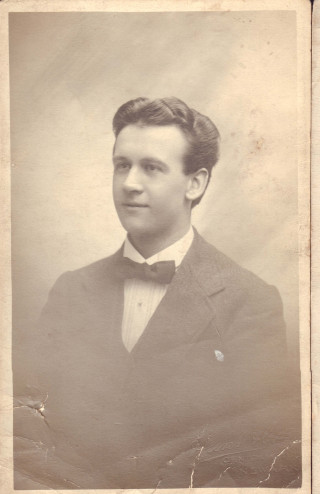 A young Tom Turner, a hairdresser in Newark
Photograph from Pauline Harrison, a relative of Tom Turner 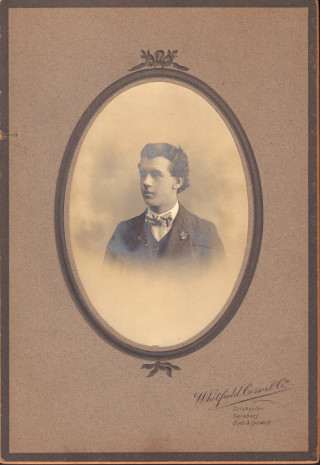 Tom Turner as a young hairdresser
Photo from Pauline Harrison, a relation of Tom 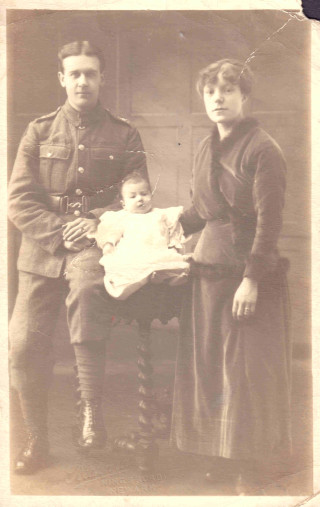 Tom Turner with his wife Harriet and baby Evelyn
Photograph from Pauline Harrison, a relative of Tom Turner 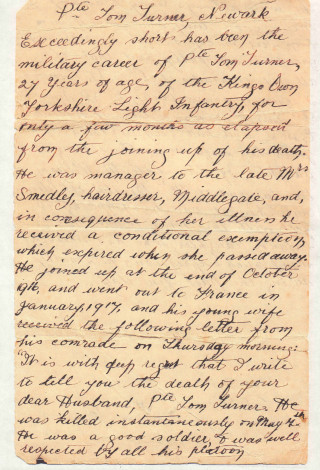 A note about Private Tom Turner at the time of his death in May 2017
A copy of this note was provided by Pauline Harrison, a relative of Tom Turner 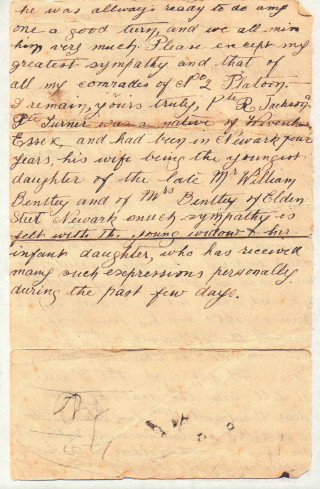 Part 2 of a note written about Private Tom Turner at the time of his death in May 2017
A copy of this note was provided by Pauline Harrison, a relative of Tom Turner 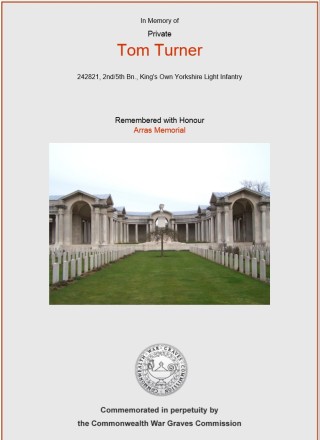 Tom Turner grew up in Wivenhoe but for some reason left Wivenhoe probably in his early twenties to become a Hairdresser’s Assistant in Newark.  There he met Harriet, or was it because he had somehow got to know Harriet and moved to Newark to marry her. We don’t know but certainly he did marry Harriet in March 1916 and they had a baby daughter called Evelyn shortly after. Her birth was registered in September 1916.

Harriet was the youngest daughter of Mr & Mrs William Bentley of Eldham Street, Newark. It seems that Tom Turner lived in Newark for four years and so perhaps more likely he met Harriet there.

He got a job in a hairdressing salon owned and run by an elderly lady. Because she became very reliant on him, it seems he was excused war service until she died. When he was called up in 1916, he joined the Kings Own Yorkshire Light Infantry, regimental number 242821.   He was aged 27 when he was killed in action somewhere in the vicinity of Arras on 3rd May 1917.

His wife received a letter from Private R. Jackson informing her of his death. Private Jackson describes himself as a comrade of Tom Turner and in his note he said:

It is with deep regret that I write to tell you of the death of your dear husband, Pte Tom Turner. He was killed instantaneously on May 4th. He was a good soldier and was well respected by all his platoon. He was always ready to do any one a good turn and we all miss him very much. Please accept my greatest sympathy and that of all all my comrades of No. 2 Platoon. I remain yours truly, Pte R Jackson.

Note that this letter suggested that Tom Turner was killed on 4th May 1917, however official records note that he was killed on 3rd May 1917.

During the course of her research, Linda found a second cousin who is is the granddaughter of Thomas Robert;  her grandfather was George Owen and Tom was their younger brother. Her cousin discovered the photo of Tom and his family which was taken in Newark. As you can see his hair was always immaculate. His baby daughter in the picture went on to have 3 daughters so we have now found more cousins in Newark!

And Pauline Harrison was able to provide some pictures of Tom Turner and of his wife and young baby when she visited the Wivenhoe Memories exhibition on Sunday 28th August 2016.  She also had told us: Tom Turner was my grandfather’s youngest brother. His parents were Elijah Turner and Caroline Bates. He was a hairdresser’s assistant in the 1911 census. He moved to Newark where he continued to work in hairdressing and married Harriet Bentley there and had a daughter Evelyn.

And also thanks to K. Beckett who also contributed to this information about Tom Turner.

Pauline Harrison says she has finished trying to find out more about Tom Turner in favour of tracing other ancestors now.  These are the Wade, Eley and Micklefield families, and they all come from the Wivenhoe, Rowhedge, Fingringhoe and the Old Heath area.

It seems that Pauline and Linda had lots of leads to follow up not only from Harriet’s family in Newark but also from Tom’s sister Dagmar’s family whose descendants still live in the Colchester area, plus his sister Maude’s family who are now in Derby. His brother George (Linda’s grandfather) and his family still live in Norfolk, and his sister Pery married and lived in Norfolk but had no living children. Most of her family (from Thomas Robert) are still in Colchester whilst she is now in Surrey. Unfortunately, none of them, apart from Linda, seemed to have a great deal of interest in continuing the association and seemed to have no photographs to share, so they’ve come to a dead end.