Part of his life story published in 2019 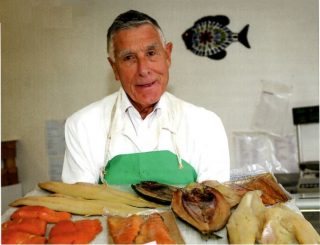 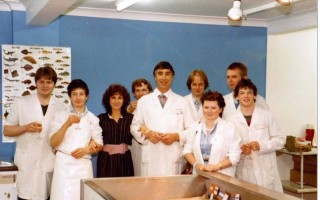 A young Ken Green and staff at his fish store and shop in West Street.
Wivenhoe Memories Collection 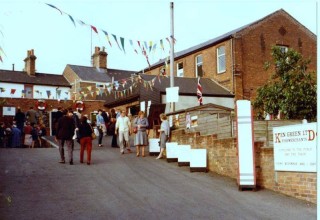 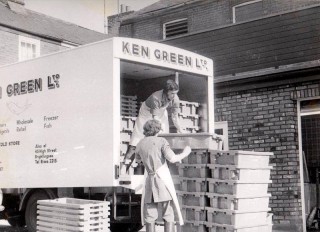 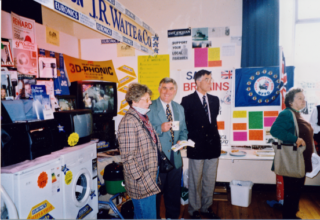 Ken Green had his heart stolen by the sea from a young age. Growing up in a family of fishermen and fish merchants, Ken is the fifth generation of the Green family to work in the fish industry and is the proud owner of Ken Green Fish Merchants in Clacton-on-Sea, which was opened 20 years ago.  “It was always my destiny to work with fish.” said Ken. ”I am a fish merchant by profession but I have remained a fisherman at heart. This year I have been in the fish trade for 70 years and I am immensely proud that my fish shop and I are still going strong”.

Ken’s grandfather was Friday Green, who came to Wivenhoe from Harwich where he was born, and was so named as he never started his working week on a Friday. Ken’s father, Alec Green had four sons: first born was Dennis, followed by Peter, then Ken and three years later Douglas was born.  Sadly Dennis passed away in 2017 aged 87.  They all lived in a large house in Paget Road, called Rosedene, which is in the Queens Road end of Paget Road.

From the 1960s, everyone who lived in Wivenhoe from that time knew Ken and his fish shop in West Street. He and his wife Desi left Wivenhoe in the 2000s to settle in Brightlingsea after the opening of the wet fish shop in Clacton. People still see the name Ken Green though when they visit the Co-op Store in Wivenhoe as he still supplies this store with smoked fish. Ken says that the East of England Co-op has been supportive of his and other local businesses and that they should be supported in return.

In 1970 he was appointed by the Ministry of Agriculture and Fisheries to represent the interests of fishermen on the Kent and Essex Sea Fishery Committee, becoming its Chairman in 1991. In 1979 a letter arrived from the Prime Minister’s Office asking if he would accept an award for services to the fishing industry. Ken was convinced it was a hoax but there was no way he could find out other than wait until the New Year’s Honours list to be published. He found to his amazement that he was awarded the MBE although it was some weeks later that the Queen herself pinned it on him.

Part of Ken’s life story is told in this article published as a surprise to Ken Green by the journal The Parliamentary Review in its 2019 edition.  Read the article – see the PDF below.

Downloads
An article published in the Parliamentary Review by Westminster Press in the September 2019 edition. (1 MB Adobe Acrobat document, opens in a new window)