You are here: Home>Topics>People>Other People>Daryl Williamson: Childhood Memories - A Wivenhoe Lad in the 1960s

Daryl Williamson: Childhood Memories - A Wivenhoe Lad in the 1960s

By Daryl Williamson of Queens Road 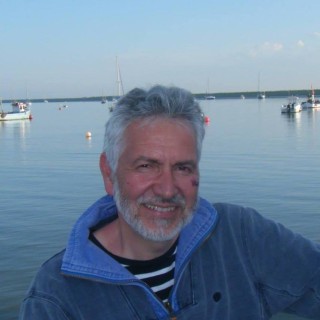 Have you seen the Hovis advert with the lad on a baker’s bike toiling up an archetypal village hill? You may be surprised that it was first aired on TV nearly 40 years ago but is still quoted as a landmark TV ad. 45 years ago, every evening after school I used the same type of bike to deliver groceries for the Co-op, piled up in a stack of cardboard boxes so high that I could hardly see over them.It was a real challenge when my route took me from the Co-op to Anglesea Road as Park Road and Queens Road, east of Park Road were un-made tracks.

We made our own entertainment in those days. I still recall the thrill of free-wheeling down to the bottom of Queens Rd with a massive pile of boxes. Pushing it up the hill was not so hot and was murder on your back trying to keep the bike upright in the ruts as the groceries pulled you left and right. I do recall the manager Mr Brown did have to replace quite a few broken eggs. The groceries were nearly all for regular customers and sometimes I would even be given a tip of a thruppeny bit 3d (= 1.25p). It was a much more innocent time and it was not thought strange for people to give me a glass of orange in the summer or a cup of tea in the winter.

One of my customers was Lord Ted Hill of Wivenhoe, the former chairman of the Boilermakers’ Union, he and his wife lived in Clifton Terrace. I always enjoyed having my cup of tea with them and to me it always seemed very out of place and mysterious in the 1960’s seeing a photo on their mantlepiece of Lord Hill standing in the line of great coated men on the reviewing balcony of Lenin’s tomb in Red Square.  Visitors to the USSR were rare in the 1960s.  For more about Lord Ted Hill, click here.

Even in the 60’s Wivenhoe had a vibrant retail heart with multiple butchers bakers grocers tobacconists and hardware stores. Black Buoy hill was full of activity. The pub was thriving and even had a tiny back room which had a pin-ball and football machine and was frequented by 16 year olds (being kept out of trouble for the greater good) reminiscent of the film ‘Hot Fuzz’. Next door was the Lucy Dee a cafe tobacconist shop enjoyed by the shipyard workers. The building on the corner was one of the butchers’ shops and opposite was Holy Joe’s disused grocery/ship chandlers full of ancient boxes of Cornflakes cobwebs and religious tracts and painted in the alcove, over the door, in large red letters “God is Love”.

East House was Jack Mallet’s hardware store – you could get anything there, brass cleats for yachts, nails by weight, teapots tablecloths. When a little older I was a Mallet’s Saturday boy helping Roger and Jack sell hardware, cut timber to size and measuring out paraffin creosote white spirit. Using a sack barrow I’d collect bags of cement from the wooden framed storeroom on the N. Western corner of Anchor Hill, which I was told was on the site and had some timbers remaining from the old Wivenhoe lock-up for miscreants. I loved working in the shop, the Mallet’s were such a lovely family and the valuable lessons I learned from them about business and listening to customers had helped throughout my career.

In 1964 we arrived from London and I attended the school in Phillip Rd. the only junior school in Wivenhoe and had plenty of chances to experience the village shops after school. You could go to either of the bakers (now The Bake House and Valentino’s) and ask if they had any stale cakes and half a dozen or so could sometimes be had for a penny halfpenny (0.62 pence). The butchers (the house next to Blythe court) would give you bones to string for crabbing on the quay and sometime sheep lites (sheeps lungs) which were never very successful for crabbing but great for winding up your friends by dangling over their heads as they crouched on the wharf concentrating on their crab lines.

Going to Glozier’s (now the funeral directors ) for sweets after school was a favourite. The shop often figures in photos of old Wivenhoe. The interior of the shop was tiny, only two or three people could stand in it comfortably, the walls crammed with jars of boiled sweets with an incredibly high counter behind which the tobacco was kept. The other room had two barbers chairs in it and Cecil would do a boy’s haircut for 8d (roughly 3.33 pence ). Cyril Brown (down at the site of On the Corner) charged one and two (1 shilling and tuppence = 14d roughly 5.83 p) This gave lads who were given haircut money to go to Cyril Brown the opportunity to go to Cecil and pocket the difference. Somehow Your Mum and Dad would always know. At Glozier’s we always clamoured for a revolting product; American Civil War bubble gum, sold from a coin machine outside the shop. It was only a tiny square of hard lack lustre gum but a pack contained a collectable card, an artist’s illustration of some gory horrific event from the civil war of the 1860’s, with titles such as “Crushed by the Wheels” also included were confederate bank notes. Amazing what is sold to children, even in those days. The problem was the packs were sixpence each (2.5 p) a fortune in those days. One enterprising school mate found that the plastic money used in the class to help us practice the complex 12 pennies in a shilling 20 shillings in a pound monetary system fitted the machine. That evening there was a run on the Civil War cards but the next day the plastic coins were all brought back to the school and the pupils grilled. To this day I have never revealed the culprit.

I appreciate how lucky I have been to grow up in the tiny self-sufficient Wivenhoe, where the retail framework was so much a part of the community for everyone. Wivenhoe really was tiny, when we moved in we couldn’t believe our Wivenhoe telephone number was just 3 digits long, so there were less than a thousand phones in the village. Although I only experienced it all from a child’s perspective I was lucky enough to learn first hand what a difference shops make to the community. I feel that we should do all we can to support the shops and businesses that we have now; it is no good whining about it when they have gone if you were the reason they closed in the first place. Despite all the changes Wivenhoe is still the place for me and I’m so pleased that some of the atmosphere and charm of that old village are still to be found here.