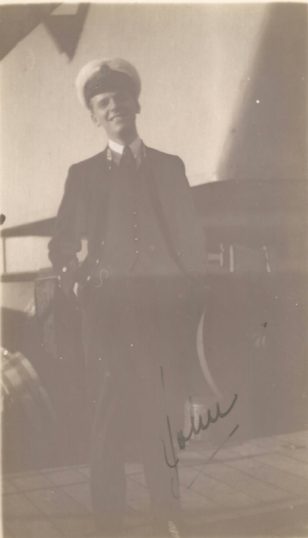 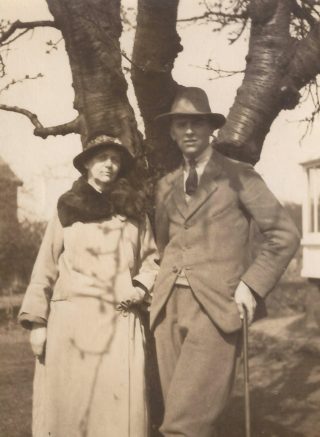 Here are the pictures of Rear-Admiral John-Lee Barber in 1925 and probably later (with his mother).

In 1917, my great grandfather was appointed a Companion of the Distinguished Service Order (D.S.O.) by a Royal Warrant of George the Fifth. As a result in February 1925 when H.M.S. Revenge was in port at Algiers, my grandmother was invited on board and met John-Lee Barber (1905-1995) who was then a very junior officer.

Note:  For the details of John-Lee Barbers naval career and more about him, click here